Pi Beta Phi fraternity/sorority was founded at Monmouth College on April 28th in 1867.  The founders of Pi Beta Phi created the Fraternity to cultivate sincere friendship, establish real-life objectives and to promote happiness. Some of the original founders of the Fraternity include Libbie Brook Gaddis, Fannie Thomson, and Margaret Campbell. The Arizona Alpha chapter was founded on August 1st in 1917. The installing officers were Grand president May Mansfield Keller, Maryland Alpha and Grand Vice president Nina Harris Allen, Illinois Beta. The chapter is one of twelve sororities on campus. https://www.uofapanhellenic.com/   Pi Beta Phi offers a lot of programs that provide a wide range of services and benefits to its members. These include a lifetime of sisterhood, personal development, philanthropic service, leadership opportunities and mentor relationships/networking. The current Chapter president is Samatha Kohl, and will be followed by Taylor Gercone in Spring 2021. The mission of Pi Beta Phi Fraternity for Woman is to promote friendship, develop woman of intellect and integrity, cultivate leadership and potential and enrich lives through community service. Throughout its history, Pi Beta Phi has helped young women develop meaningful relationships while also reaching potential through leadership and opportunities. In 2017, Pi Beta Phi celebrated 150 years of sisterhood.

The recruitment process has been around since the beginning of the formation of sororities. Sorority recruitment or rush is a process in which the universities undergraduate women join a sorority. At the University of Arizona, this process is a week-long and includes many different events. These different rounds are followed by preference night and then finally bid day in which a college student receives an invitation to join a certain sorority. This process looks different at every university, but at the University of Arizona, Pi Beta Phi holds formal fall recruitment every single year. Unfortunately in 2020, due to COVID-19, recruitment was virtual through the program, Zoom. Pi Beta phi just now has recently decided to participate in continuous open bidding and spring recruitment. Spring recruitment is much different than fall recruitment because it is not as formal and there is a smaller group of women participating in spring recruitment. Continuous open bearing is a process in which Pi Beta Phi is allowed to recruit a few more women into the chapter after fall or spring recruitment.

Pi Beta Phi’s member development program is called Leading with Values. This program includes a seminar that engages conversations to promote the development of leadership personally, intellectually and professionally. These seminars are intended for the development of the individual member. Through the seminar collegians will see the connection between Pi Phi’s core values and the values of Leading with Values in a real-world setting.  https://www.pibetaphi.org/pibetaphi/SFContent.aspx?id=3591 Leading with Values can be conducted in place of a chapter meeting, They range from 20-90 minutes and are usually preformed by a chapter member. The seminars are organized by core values and chapter operations. Overall, Leading with Values engages all members from their time as New Members and continues throughout collegiate membership into alumnae life.

The symbols of Pi Beta Phi are the arrow and the flower is a wine carnation. The colors of Pi Beta Phi are wine and silver blue, which was decided at the Burlington Convention of 1882. The arrow is also known as the badge of I.C. Sororsis which was picked by the founders in 1867. It is a golden arrow with the letters I.C. on the wings. I.C Sorosis was the first national secret college society of women to be modeled after the men's Greek-letter fraternity. When the name was changed to Pi Beta Phi the I.C. was then replaces with the Greek letters. The crest is a lozenge blazoned with the Brownlee family crest, two of whom were founders of the fraternity. There is an eagle in the middle and the seal of Monmouth college is on top of the eagle. The Carnation is the flower of Pi Beta Phi. This was decided at the 1890 Galesburg Convention. The badge/ pin is a golden arrow. The new member pin is a gold arrowhead with a letter B on it for Beta. The Angel is the unofficial symbol of Pi Beta Phi, as the sorority has songs about Pi Phi angels becoming popular in the 1930’s and 40’s.

Read> Lead > Achieve is the philanthropy of Pi Beta Phi. It has been the philanthropy for over 100 years. It inspires a lifelong love of reading and helps promote the expansion of a more illiterate and productive society. According to the National Education Association the more children read the better they will read, that is why Pi Phi makes an effort to create a positive reading experience through their philanthropy. Pi Beta Phi believes in the power of reading. They believe that when one out of four children can’t read , that is one child too many. The Pi Beta Phi Foundation’s https://www.pibetaphifoundation.org/  mission statement is that the Pi Beta Phi Foundation enables the Fraternity to realize its mission and ensures the future of our sisterhood. The vision is to be recognized as a preview organization for woman by providing lifelong enrichment to its members and contributing to the betterment of society. For more than a century, Pi Beta Phi has committed themselves to creating a more literate and productive society. Core values are Integrity, Philanthropic Passion, Fraternal and Community Commitment and Trustworthy Stewardship. 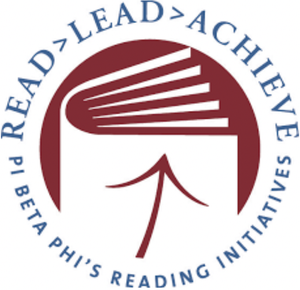 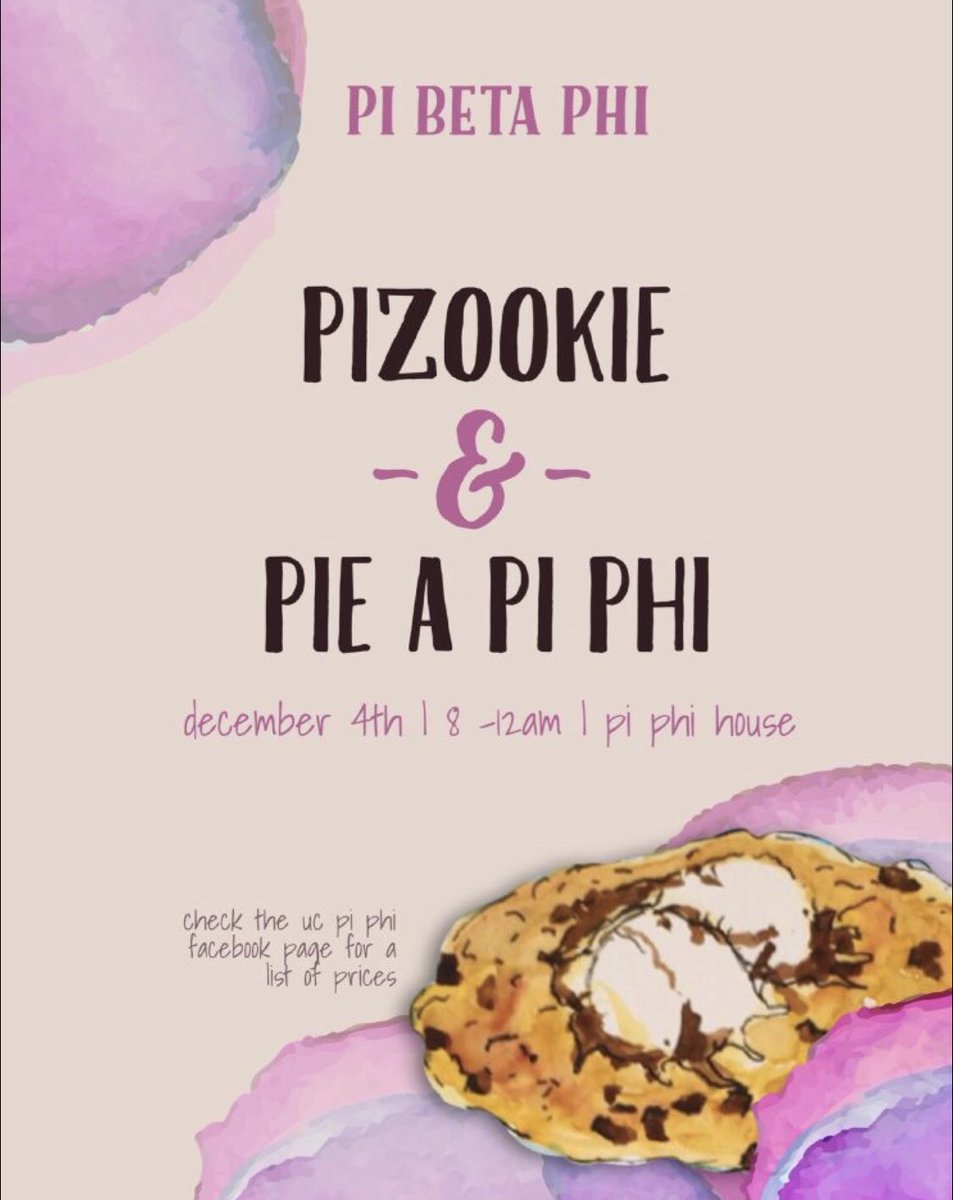 Academics and learning is something that Pi Beta Phi truly values. The chapter believes it is their responsibility to provide an environment that encourages each member to reach her highest academic potential. The current average chapter GPA is 3.3 and they received the Academic Improvement Recognition Award last year. Pi Beta Phi at the University of Arizona works very hard to make sure all of the members are doing the best that they can be. There is a member of the chapter that is on the executive board that is in charge of academics. She makes sure that each member is doing the best that they can be and is there for any help that we would need. They are above the all-women's average at the U of A with 135 members on the Dean’s list and ranked third in academics among the sororities on campus. The women in this chapter are motivating and look out for each other to make sure that they are staying on track.

Every single sorority has a different amount of dues that they have to pay in order to be an active member of the chapter. Being in a sorority isn't necessarily cheap. Women pay national and chapter dues, plus new member fees, which all vary by the organization that you are in. The dues  for the chapter also vary with what grade you  are in. For example, freshman have more dues than what seniors in the chapter have. With the dues that you pay to be in the chapter, you get many benefits. A big part of the dues that Pi Beta Phi at the University of Arizona has is for meals. Pi Beta Phi allows its members to get three meals a day , breakfest, lunch, and dinner,  for five days a week. Therefore the cost is a lot higher than it would be for a chapter that doesn’t allow food. At the University of Arizona, there are a total of 9 sororities but they do not publicly say how much their dues are. From a lot of research, I have found that the University of Arizona’s sorority dues are about the middle range. An estimate of how much the dues are range from 1000 to 1500 per semester. This is obviously a rough estimate and this can vary for each house.

History of the house:

The Pi Beta Phi house has been on the University of Arizona for over 100 years now. In 2017 the house had reached its 100-year-old mark. The house has 15-day rooms fitting around three to four girls in each, where they can keep their personal items. The house currently has a sleeping porch. A sleeping porch is basically a big dark room with a lot of bunk beds and this is where all the girls who live in the house sleep. The house has a living room, TV room, and a dining room as well as a kitchen and two sets of bathroom stalls located on the downstairs level for gusts and upstairs for live-ins. This year, the house had many renovations done to it. Some of the renovations included expanding the front patio as well as the kitchen and dining room area , also adding a whole other section to the house which resulted in more rooms for girls. 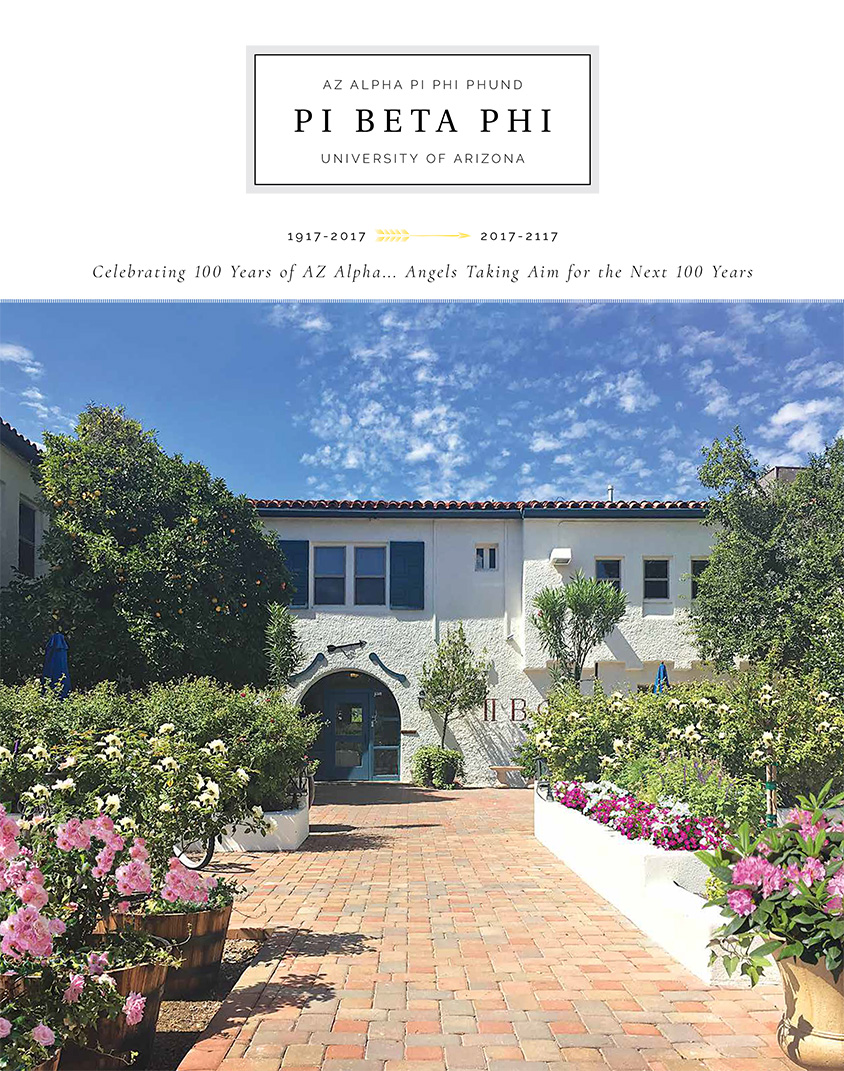 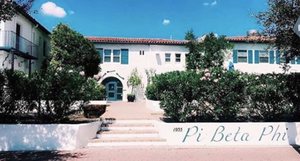 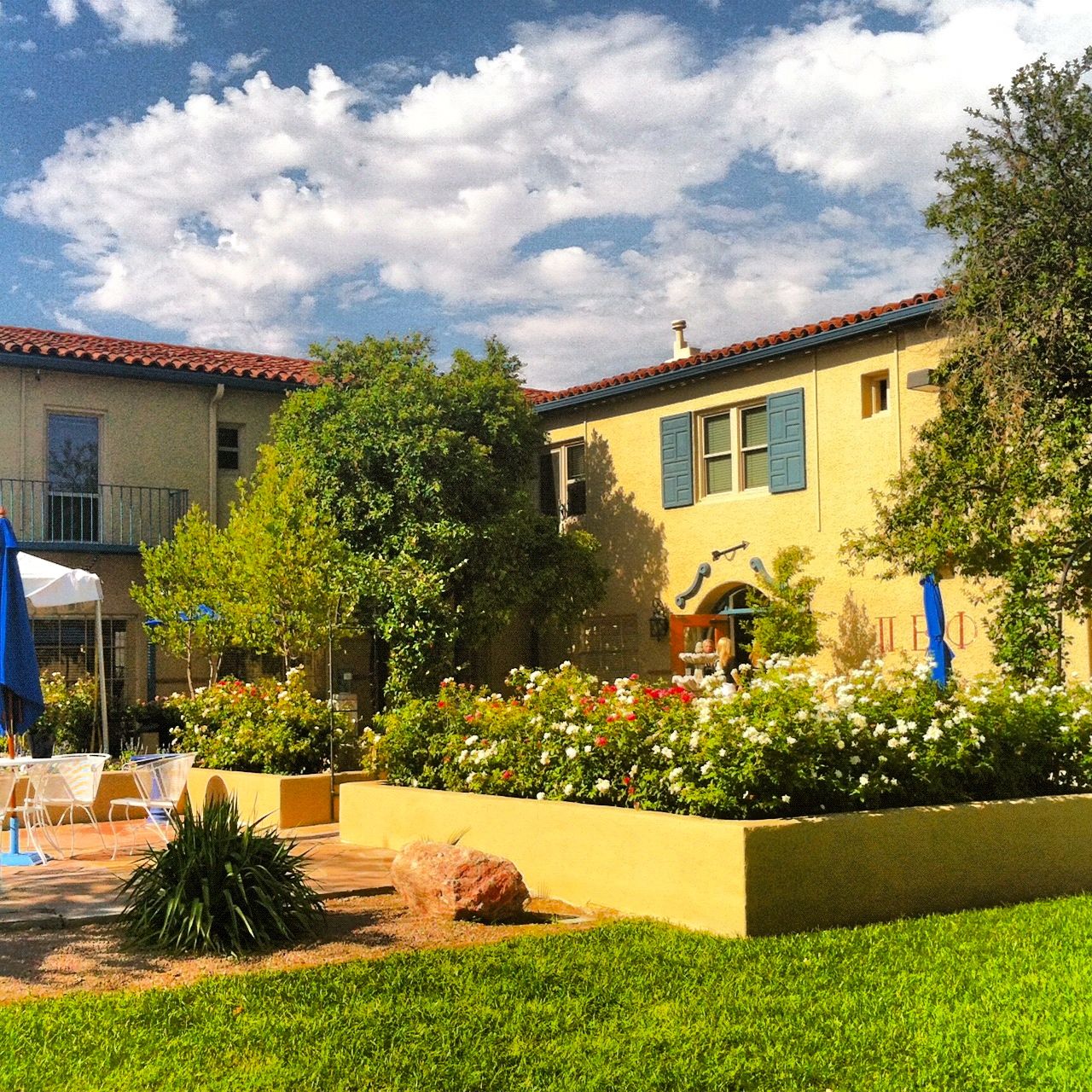