The Pima County Fair has been around longer than Arizona's admission to statehood . In 1911, Pima County hosted its first fair, with the intention of advertising a small poultry show. However, the results were an unexpected success. On the fair's opening day, 2000 tickets sold, which essentially matched the amount of attendance at the state fair. With the success results of the first fair, it became an annual event that is still around today, over 100 years later. 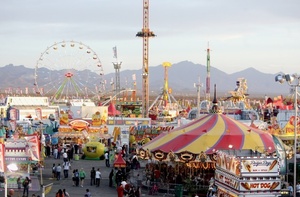 Although the fair is still around today, it has drastically changed in the past century. Instead of the fair being an annual weekend event, it now lasts about one week with events and entertainment including concerts, shows, carnival activities, and much more. In the past decade, ticket sales have increased, resulting from the fair's entertainment. Since 2008, the number of concert performances and shows each year has doubled, which increased the number of days of the fair. Pima County Fair has hosted music artists like Ted Nugent, The Juicy J, YG, and Kid Ink package, R5, Babybash, G-Eazy, and many more. 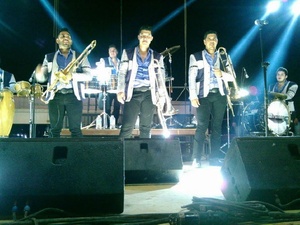 Pima County Fair makes great efforts to support the local community. There are many programs and organizations hosted by the Pima County Fair. The fair began hosting the 4-H program in the late 1920s. The exhibits started with simple education like cooking and sewing. After World War II, the program switched gears and became much more serious about education. The 4-H program was led by volunteers who were constantly thinking of the next class to teach. The program expanded outside of the fair and material became more complex. The program also focused on allowing everyone to learn at their own pace. In the 1990s, the program began lacking volunteers, which led to a lack of exhibits. The 4-H program is still around but continues to decrease the amount of exhibits. 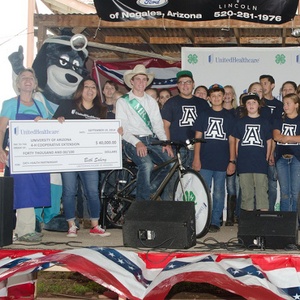 The FFA, or Future Farmers of America, a youth organization that focuses on teaching agriculture education, worked with the 4-H programs in the 1950s. The FFA also focuses on getting students involved in their programs. During the fair, students involved with FFA, have worked on building new livestock panels and repairing broken ones. This program is beneficial for multiple reasons; It keeps the county fair is order and it allows students to learn the importance of agriculture in the community. Some FFA alumni are still actively working with the fair. The Junior Livestock programs are extremely important to the FFA, which is why alumni originally introduced them to the fair. Over the years, the livestock auctions has brought in a lot of money that funds the 4-H programs. Both the large livestock and small livestock auctions have been extremely successful over the years. 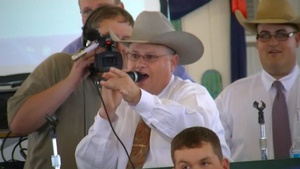