Photographic history of Main Library "A Walk to the Library": https://www.flickr.com/photos/pimacountypubliclibrary/sets/72157603995506230

Our Vision
Our Vision is an educated, connected community of readers, learners, doers, and dreamers.

Our Mission
We transform lives by educating, inspiring, and connecting people.

Our Values
Education: We learn and teach every day.
Excellence: We exceed expectations.
Freedom: We defend the right to read and to know. We are free and open to all.
Diversity: We serve everyone. We find strength in celebrating our differences.
Innovation: We dream big. Anything is possible.
Community: We work with our community to improve lives.
Passion: We love what we do. 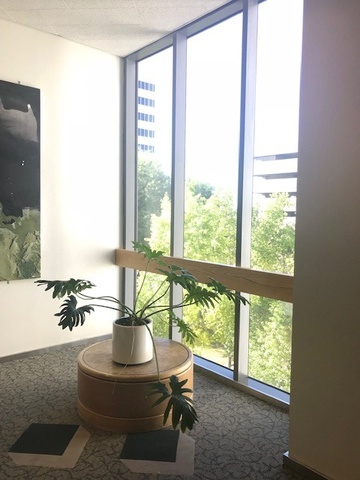 View of Northwest downtown from 3rd floor of libray 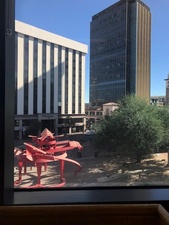 View of Jacome Plaza from 3rd floor of library 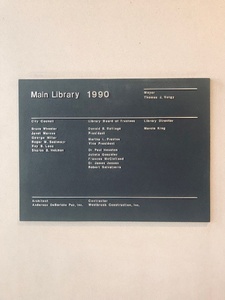 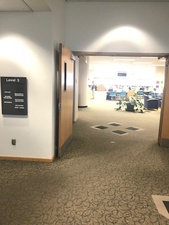 View into 3rd floor of library

Items available to check out 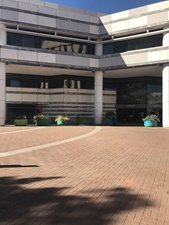 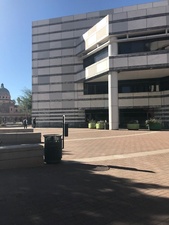 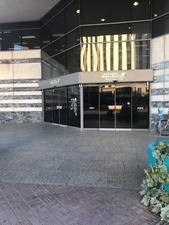 The Joel D. Valdez Main Library is located in downtown Tucson at 101 N Stone Ave on the corner of Pennington and Alameda. The structure was built in May 1990 after many years of figuring out how to finance the new structure and where exactly to construct the new building for the main library. Originally, the main library was housed at the top floor of Tucson’s city hall in 1883 until Andrew Carnegie, an American industrialist who campaigned during the 19th century to build public libraries throughout the United States, generously donated $25,000 to build Tucson’s first library at 200 S. 6th Street, now the Children’s Museum of Tucson. Carnegie only agreed to fund the construction of the library if the city promised to maintain the library at $2,000 a year. The Carnegie Free Library was built in 1938 and became the main library of Tucson until the erection of the Joel D. Valdez Main Library. During the mid-20th century, due to the growth of Tucson’s population, the expansion of books and collections, and the crippling structure of the Carnegie Library, the main library needed some attention.

Though the main library was in dire need of repair and more space, the city of Tucson turned away from the main library’s needs as the city and Pima county were opening various library branches throughout Tucson and its neighboring towns. Lawrence W. Cheek, a reporter of Tucson Citizen, wrote in an article “Library System Future Hazy as Chief Leaves” in 1982 that “what the Tucson Public Library will have to do is find people who simply share Carnegie’s vision and spirit” (Cheek 1982). Cheek was referring to the director of the library, John F. Anderson (1962-1968 and 1973-1982) who fought for a new main library while he was the director. During the late 1970s to 1980s, the Tucson Public Library (previously known as The Carnegie Free Library until it was voted by the Tucson City Council to update its name, it has been updated twice since then) was receiving very little support from the city. Since 1963, ten library branches were built and heavily stocked with new, published books while the Tucson Public Library was cramped even with two additional rooms added on to the building. In 1981, the Tucson Public Library sat at 23,000 square feet, only 2,000 more than Prescott’s library, who had a population of 18,500 people. Russell Munn, a Tucsonan of 23 years after retiring from being director of Akron, Ohio main library, believed the city of Tucson’s “power structure doesn’t believe in libraries; they’re interested only in growth” (Cheek 1981). Although this may have been true, the expansion of a new library was estimated to cost the city $23 million, which unfortunately was being demanded at the same time the city’s economy was unstable. Also, in 1980, the library lost $200,000 of its $1.4 million being provided to support the main library and its necessities.

In the elections of 1981, Prop 308 was issued for the expansion of the main library and also a new Southeast Branch. The expansion to the main library would require approximately $1 million to support nineteen additional positions and supplies, services, and equipment costs. The proposition did not pass, and the supporters of the library were still struggling for the city to notice its value to the community. During the elections in 1984, the city of Tucson passed a $15 million-dollar bond to construct a new building downtown. Three companies fought for the bid to build the new structure; HSL, Norville and Cottonwood. At the end, Cottonwood won the bid, providing an ample location, where the popular Jacome department store once rested on the corners of Stone, Alameda and Pennington. The new construction would accommodate a three-story building and a 270-parking space garage. The total cost to build the new library was $15 million, with $4.3 million paid to Cottonwood Properties Inc. and the rest provided to the city of Tucson to build and design the main library. Downtown Illustrated, a newsletter indicating the happenings in downtown Tucson, wrote “discussions concerning a new main library for the City of Tucson have been underway for the better part of two decades” (Downtown Library 1985).

In May 1990, the Tucson-Pima Public Library (another name change that occurred in 1990) was finalized and open to the public. It was to hold 260,000 books, a special collection for the visually impaired, and various records, audio books, and films to rent. Today, the library has over 1 million items, including a computer system that was installed in 1995. The Joel D. Valdez Main Library caters to Tucson and Pima County libraries in communities of Arivaca, Green Valley, Sahuarita, South Tucson, Ajo, Marana, Oro Valley, and Catalina.

Currently, the main library provides services across 9,200 square miles. The library's vision is to create a strong community by educating and connecting with the local community. The library offers a variety of tools to aid individuals with learning, higher education, discover new things, reading classes and other various classes taught by qualified instructors, computers, and services for the disabled. They also offer services where volunteers travel to hospitals, nursing homes, and other places to read to those who are unable to get to the library.

When one views the giant red sculpture erected in front of the main library downtown, hardly anyone thinks of Tucson’s local culture and its nature. In fact, the sculpture can be mistaken for an abstract insect. “The structure is filled with symbolism. A ring in the sculpture is meant to represent Native American kivas and baskets, while the columns are made to signify Mexican palm trees, and the pyramids stand for the Tucson Mountains” (Villareal 2011). The sculpture stands at 25-foot high and 43-foot wide. Sonora was created by artist David Black and dedicated to the library’s plaza in 1991. It cost $150,000 and was funded by the One Percent for Art Program. The sculpture is known to be an oddity of Tucson. 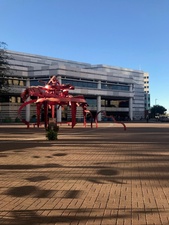 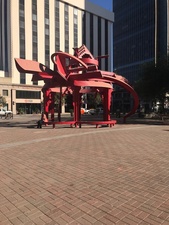