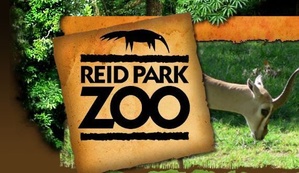 Originally founded by former farmer, Gene Reid, in 1965 Reid Park Zoo took on the task of creating something out of nothing to which Reid utilized his special particular small animal collection of livestock animals (cows, horses, pigs, goats, etc.), exotic birds, as well as unique and foreign squirrel monkeys to formulate the first and only zoo in the city of Tucson, Arizona. Reid Park Zoo contains a total of 24 acres of land that stretches between Broadway and 22nd Street which is home to over 30 different species of animals from three specifically large wilderness regions of the world including: South America, Asia, and of course some animals that one might see while on a safari in Africa.1 Being city-owned, Reid Park Zoo is also a non-profit organization that is often funded heavily by state tax dollars as well as the zoological and animal conservation organizations and societies. One largely emphasized goal of this zoo in particular can be seen through the hopes and aspirations of delivering the upmost best conservation and habitat protection messages which can be seen scattered all throughout the park and even on several web pages of their actual website: https://reidparkzoo.org/. Diving further into the topic of conservation, Reid Park Zoo lives by their mission statement which states: “encourage commitment to the conservation of biological diversity and to provide educational and fun experiences for visitors of all ages.”5 Continuing on that note, a rigorous accreditation process is undergone every five years to which several items and procedures of animal care, veterinary programs, conservation, education, and safety standards are re-evaluated and either deemed acceptable or not. In the grand scheme of things, Reid Park Zoo draws in over half a million visitors per year to endure the full experience of some of Earth’s most notorious beasts and animals out there that potentially might be around in a few hundred years from now1.

Brief History Behind the Logo

The symbol or the logo for the Reid Park Zoo is an Anteater because this zoo is specially certified and allowed to breed these animals and then ship them off to other similar exhibits in other zoos across the U.S. Since 1968, anteaters have been known to occupy the grounds of Reid Park Zoo but it was not until last year in 2018 when the 50th anniversary of the giant anteater’s presence in the zoo was fully recognized. In this case as well as in other zoos, zoos usually will select their logo or mascot based off of what specific type(s) of animals they can breed and re-distribute from there. 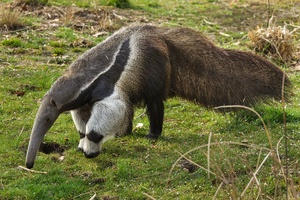 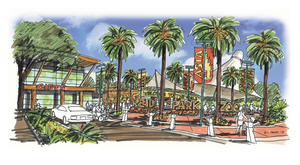 The first part of the expansion will be bringing the visitors to Asia. This section of the Zoo will be expanded with an addition of a new themed area where visitors will experience walking through ancient Asian temple ruins. There will also be up close and personal experiences with Red Pandas, Malayan Tigers, fishing cats, and even Siamangs swinging overhead. This phase will also bring a new reptile house with a Kimono Dragon which is the largest lizard in the world. This will also include smaller upgrades such as more shaded areas, more trees, and more seating, as well as being welcomed into the zoo by a large flock of flamingos. 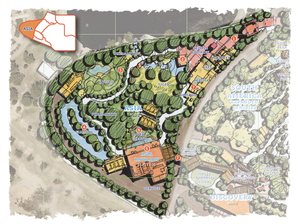 Phase 2 of the Zoo will then take visitors on a safari to Africa. This portion of the zoo will give visitors a close-up view of some of the most beloved animals that come from Africa all in one place. The animals that will be in this phase include lions, elephants, zebras, rhinos, gazelles, and more. There will also be a new Londolozi Safari Lodge with seating for 400 guests that naturally blend in with the African terrain around it. These upgrades will give an upgraded and better environment for not only the animals that inhabit it but also the guests that are coming to see these beautiful animals. 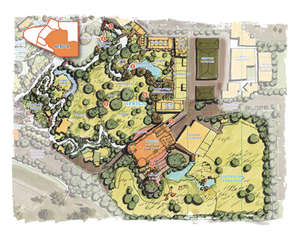 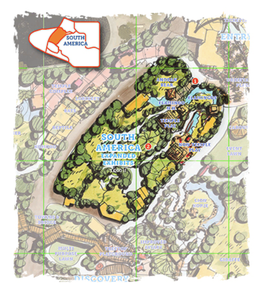 In general, the best times of the day to attend Reid Park Zoo are at early and late opening hours where less people and crowding tend to occur. These times are also great to aim for because the animals tend to remain more active and visually engaging due to their natural tendencies in their biology. Usually the average person will stay at the zoo for around an hour and a half to upwards of three to four hours which in turn depends on the amount of time one will spend on each exhibit and/ or other interesting interactive activities offered inside.

To find out more about the specific specialty services and interactive activates offered at Reid Park Zoo visit their website here: https://reidparkzoo.org/education/

FREE admission to infants under the age of 2 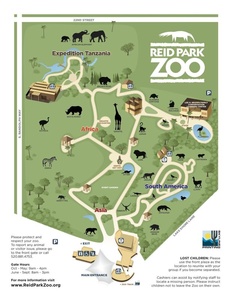 Visitors at the zoo, with an additional purchase of $2.00 per person, can actively hand feed the tall and lengthy two giraffes that occupy the middle of the African section in the center of the zoo.5 Here people are allowed to experience up close what it is like to hand feed some of the tallest mammals on Earth to which visitors are only allowed to feed the giraffes unique foods that are mainly vegetarian. 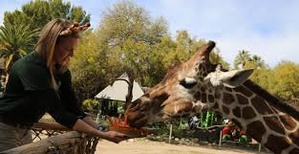 Within this small yet exotic region of the zoo that lies between the African and South American regions of the park, visitors can have the opportunity to get out of the heat and hot sun and enjoy some exotic reptiles, fish, and even poison dart frog amphibians. On occasion or rather on random times throughout each day, instructors and demonstrators meet with kids and other adults to learn and provide a hands on experience for understanding how smaller animals function and adapt to their surroundings.2 Here kids are also given the opportunity to hold several of the harmless animals and play with them all in the zoo’s efforts for interactive youth learning. 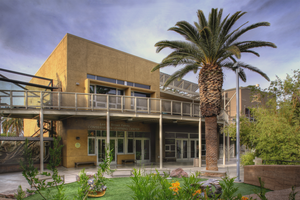 In the grand scheme of things, when someone visits the zoo at Reid Park, education is heavily emphasized of the outdoors, wildlife, and even how to conserve the world’s glimpses of nature still left and untouched by industrialization and urbanization. As previously mentioned, the Reid Park Zoo is home to over 30 different species to which a variety of bio-science educational classes are offered over summers for young kids trying to learn more about nature and the animals that dwell in it. Furthermore, the Reid Park Zoo heavily emphasizes the educational practices of conservation in the natural environment and with that in mind all of the zoo’s restaurants and other mobile catering carts contain bio-degradable plates, utensils, and other food packaging items all in attempts to help future generation know of the harm of trash and pollution in the natural environment. Another interesting educational opportunity here at Reid Park is offered to local students at the University of Arizona to which internships are offered in the fall, spring, and summer semesters giving students the chance to work with live wild animals for an entire semester to earn credits towards graduation.4 For more details and questions go to https://www.cals.arizona.edu/internships/reid-park-zoo.

Within the confines of the Reid Park Zoo there is a large health center for all animals to receive regular attention, check-ups, and other medical treatments to keep their morale high while they still live in captivity. With that, the current Health Center is upwards of 40 years old and still lacks sufficient space to treat all their unique and exotic animals. In June of 2017, however, a new health center broke ground and was expected to be finished in 2018 but it is actually still under construction right now. In this new project that is estimated to be a four million dollar project, 9,000 extra square feet of room within the health center will be added which includes a full surgical unit, intensive care units, updated technologies, quarantine zones, and treatment facilities.5 Considering that, the new health center will allow for students at the University of Arizona to endure field work for their emphasis in veterinary science where they will focus on accomplishing tasks and learning the importance of daily activities and check-ups on all of the zoo’s exotic species from around the world. 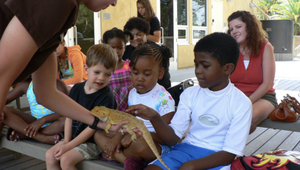 Animals at the Zoo

Reid Park Zoo is home to over 30 different species and over 100 total animals from all around the globe. As previously mentioned, Reid Park Zoo because of its smaller size in land capacity and availability had to emphasize important categories of wildlife in three different section of the world: South America, Asia, and Africa. One noticeable educational resource that is often used for each individual exhibit is a plaque that provides a few important facts as well as a bar meter from flourishing in the wild, to vulnerable, to endangered, to critically endangered, to extinct in the wild.5 Most animals kept within the confines reside anywhere between flourishing in the wild to critically endangered; no animals here are extinct in the wild.

In this section which is on the right hand side of the park when walking in initially from the main entrance, around nine different species of mammals, fish, birds, and reptiles can be seen here demonstrating what animals might actually be out there in the Amazon rainforest. The largest of the exhibits in this section is the Tapir one while the smallest due to their size would be the Pacu fish aquarium. 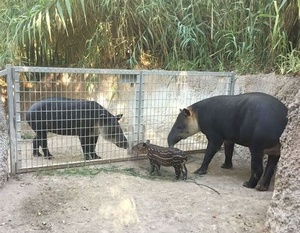 In this section which is on the lower left hand side of the park right next to the main entrance only three different species lie here to which there is a heavy emphasis on the tiger exhibit which is the first exhibit from the entrance. Only two of the three species in this area are actually from the continent of Asia (Tigers and Goats) while the other singular species is actually from right here in the U.S.

This is the largest section in terms of both animals and total space dedicated towards them in the entire park. This section lies mainly on the left back side but it also drifts further into the right and basically is scattered all throughout the zoo. Within the Africa section there are a total of over 20 different species that range from as small as a rodent all the way up to an elephant. In the largest exhibit, which is actually the largest in the entire park, there are four African Elephants that roam around a vast amount of land and have much needed room to feel happy. This exhibit is called the Expedition of Tanzania because of the large amount of African elephants that live there today.3 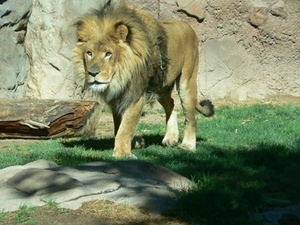 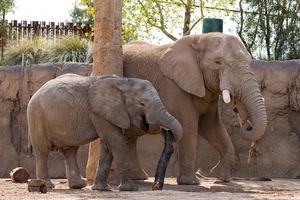