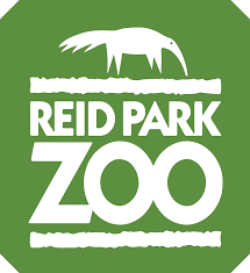 The Reid Park Zoo's mission is "to create inspiring memories for all by connecting people and animals to ensure the protection of wild animals and wild places."

The Reid Park Zoo (http://reidparkzoo.org/) was founded in 1965 by Gene Reid who was then apart of the Arizona Parks and Recreation Department. The zoo has expanded to a 24-acre campus that houses hundreds of animals in naturalistic exhibits and hosts over 500,000 visitors every year. It takes around 2 hours to see all of the animals in their exhibits. The Zoo is home to many different animals ranging from different types of birds to large mammals like Elephants. The zoo is split up into four zones including naturalistic habitats of Asian, African, and South American animals with an additional Adaptation zone. The zoo also has its own Reid Park Zoological Society, which was founded in 1975, and the Reid Park Zoo Foundation. A fun thing that the zoo does  is they have their own Flickr group where visitors can upload pictures https://www.flickr.com/groups/reid-park-zoo/

Reid Park Zoo is accredited by the Association of Zoos and Aquariums (AZA). To be accredited, zoos must undergo a through investigation to ensure that they have met, and will continue to meet, ever-rising standards. These standards encompass animal care, veterinary programs, conservation, education, and safety. AZA requires zoos and aquariums to successfully complete this rigorous accreditation process every five years. 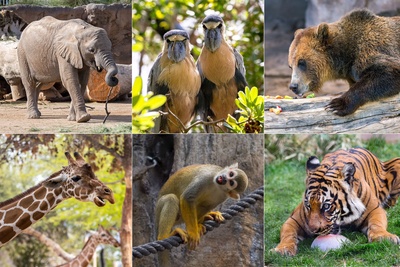 History of the Reid Park Zoo

The Zoo was unofficially established in 1965 by Gene Reid, the parks and recreation director at that time, with some exhibits of pheasants, peafowl, and guinea fowl just north of the present zoo site. One year later, prairie dogs from Lubbock, Texas, were exhibited in "Prairie Dog Town" in the former "overlook at Randolph Park. A 1.5-acre "collection of animals" become known as the "Randolph Park Children's Zoo". The year 1967 and 1968 were important that the first budget of $49,000 presented to and approved by Tucson City Council, effectively opening the Zoo and making it part of city operations. With support by the city, the Zoo welcomed more animals to come. In this period, the Zoo's name was changed to Randolph Park Zoo.

In 1972, admission fees were instituted. J.L. Swigert became the zoo's first professional administrator. The Zoo was admitted to the American Association of Zoos & Aquariums. By getting more supports and helps, many more animal exhibits were built. In 1975, a combination entrance and gift shop was constructed on the south border of the Zoo. One year after, friends of Gene Reid became Friends of Randolph Zoo Society (The Zoological Society was founded in 1975 and officially incorporated in 1976). After the established of the Society, the African Veldt exhibit was built and the first and second classes of volunteers were organized and trained. In the year of 1978, the Asian Grasslands exhibit was constructed and opened. The Zoo's size expanded to 15 acres with the purchase of 2 acres on the east side. There was one very important thing happened this year! The Zoo's name was changed to Reid Park Zoo which we heard nowadays! Moreover, Friends of Randolph Zoo Society, Inc. was incorporated as the Tucson Zoological Society. The next year, the health center and administration offices were constructed and opened.

In 1981, an entrance, gift shop, and snack bar were constructed at the north end of the Zoo. In the meanwhile, the Zoo's size increased to 17 acres with the acquisition of more land. One year later, the current snack bar was built and became operational and the former entrance and gift shop building on the south side of the Zoo was remodeled into the Zoo school and docent headquarters. In the following years, the Zoo kept constructing more exhibits (lion, tiger, lion-tailed macaque, giraffe). In 1990, the first executive director for the Tucson Zoological Society was hired in August. Two years later, the former Asian Grassland area was converted into the new African Savanna, and new African species were introduced. Then the first "Festival of Lights" event was held. Just the next year, the first "ZOOcson" fundraiser event was held. During the year of 1994 to 2000, alligator exhibit was remodeling, the first "Howl-o-ween" event was held, the South America exhibit was completed, the Flight Connection Aviary opened, the lion-tail macaque exhibit was remodeled, and more administrator or education curator became a part of the Zoo family. In 2003, the polar bear exhibit was expanded to include a natural substrate yard and a new front gate project was completed. Three years later, the giraffe feeding platform is completed (The giraffe feeding platform makes the "Giraffe Encounter" event becomes one of the most popular activities in the Zoo). In the year of 2008, Lee H. Brown Family Conservation Learning Center was completed. Next year, the Zoofari Cafe was remodeled and includes indoor seating for the first time. In 2010, the gift shop is remodeled. In the same year, groundbreaking for the expedition Tanzania expansion took place.  Due to the expedition Tanzania, the new elephant exhibit opened and the Education Department adds four new staff members in 2012. One year after, the polar bear and mandrill exhibits are remodeled to house brown bears and black-and-white lemurs respectively. In the year of 2014, a female African elephant calf was born in August, the first ever born in the State of Arizona!

In November 2017, the Zoo did a election and decided to do a 10-year master plan that will mean bigger spaces and great experiences that make for smiling faces. The Zoo plans to expand into Asia, Africa, and South American habitats. The most recently expected completion is just three year after 2019! With more help and supports, the Reid Park Zoo is over 50 years old! The Zoo started with only few animal exhibits to more than hundreds animals nowadays. In the future, the Zoo will expand bigger and become a home for more and more animals!

The mission for all the Zoo Foundation, Zoological society, and the Zoo itself is "to create inspiring memories for all by connecting people and animals to ensure the protection of wild animals and wild places." 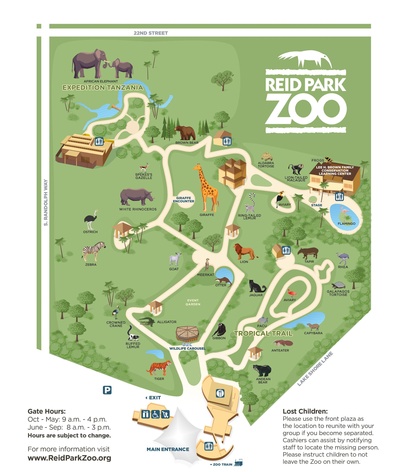 When you become a Zoo Member, you receive free daytime admission, discounts on special events and education programs, and so much more! Click this link for more information: https://reidparkzoo.org/membership/benefits/ 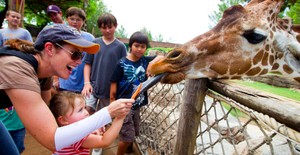 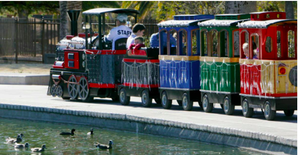 Located outside the front gates, the Zoo train travels around the Park lake, or you can ask to go to the Reid Park Garden. You can buy ticket for a multi-use pass at the admission gate with cash, check or a credit card or purchase a ticket with the train conductor (cash only). Tickets are $3 per guest. October-May: Mon.-Sun. 9:00am - 4:00pm. June - September: Mon.- Sun. 8:00am-3:00pm .

Located in the Zoo's front plaza, visitors are able to take a ride on 30 different animal species from around the world. You can buy tickets or a multi-use pass with cash, check or credit cards at the admissions gate, or pay at the carousel entrance. It is $3 per guest and kids under 42 inches must have an adult with them on the carousel. October-May: Mon.-Sun. 9:00am-4:00pm. June - September: Mon.-Sun. 8:00am- 4:00pm

Mabu, Semba, Lungile, Sundzu, and Nandi are the playful elephants who live in a large exhibit at the Reid Park Zoo.

Roman and Finley are the two grizzly bears that live at the Reid Park Zoo . They have had to be relocated 2 times due to behavior problems.

This aviary includes birds native to South America, these birds are fun to watch due to their many different colors.

When is the best time to visit?

Animals tend to be most active and visitor attendance tends to be lowest early in the morning and just prior to closing. Visiting during March-May is when most schools visit.

How long does it take to see the zoo?

The staff suggest you allow yourself two hours to see most of the Zoo. Or, visit often and explore one part of the Zoo in depth during each visit.

Can I feed the animals?

All of the Zoo’s animals are wild and are on special diets. Help keep the animals healthy by keeping snacks for yourself. There are many naturally roaming animals such as peacocks, geese, and squirrels. Chasing and feeding these animals encourages unwanted behavior, so please allow them to pass uninterrupted. The only exception is the daily Giraffe Encounter. Under the supervision of trained Zoo staff and volunteers, you will have the opportunity to hand feed giraffe a portion of the normal daily diet.

Do you have volunteers?

Keep an eye out for docents, who are dressed in tan pants and white or red shirts. They often have “touch stations” and other things to look at and are always happy to share interesting information about the animals. Consider becoming a volunteer and share your own interest with others!