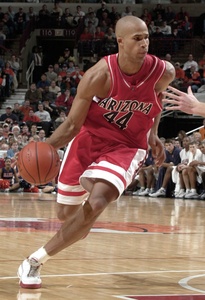 Who is Richard Jefferson?

Richard Jefferson was a basketball player for the University of Arizona from 1998-2001. Under hall of fame coach Lute Olson, Jefferson lead the team to a national championship game in 2001, and was later drafted 13th overall in the 2001 NBA draft. Drafted to the New Jersey Nets, Jefferson started his career and has then since won an NBA championship ring, and many other notable achievements. Jefferson has always been humble and identifies the University of Arizona, along with coach Lute Olson, as a major contributing factor to his successful career.

What did he do?

Being drafted as a lottery pick allowed Jefferson to make a hefty donation to his alma mater. With his new life beginning and an urge to better the University that gave him the skills needed to be successful, Jefferson decided to thank his college by making a donation to the athletic department in hopes of bettering the facilities and giving student athletes and amazing college experience. In 2007, Jefferson made a $3.5-million-dollar donation to the athletic department at the U of A, which was the lead gift and most notable contribution to the new facility that the department was planning on constructing  Now known as the Richard Jefferson Gymnasium, named after Richard Jefferson for his more than generous donation and amazing achievements as a Wildcat, the 20,000 square foot gym holds two full basketball courts which double as volleyball courts, a full weight room, and many other accommodations. 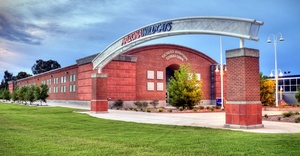 Why is this gym important?

This gym is a valuable asset to not only the University of Arizona athletic department, but to the city as a whole. Over the summer, the gym is used for local and out of state basketball tournaments for the youth, to not only further the athletics in the area, but also to allow kids to play in a college like setting. The facility is individualized meaning student-athletes, and known members of the athletic department have access to the facility outside of standard practice hours (Richard Jefferson Gymnasium). This gives student-athletes the freedom they need to use the state of the art facility and also balance out their college lives. Located along side the famous Mckale Center, the Richard Jefferson Gymnasium is easily seen at the end of the mall, and from Campbell road. Aesthetically, from the outside, the building is a deep brick red color, and embodies a more of retro type building to keep tradition strong. From the inside, the facility is nothing short of amazing. With squeaky clean floors, posters of the past great athletes, and state of the art equipment, this facility was meant to impress.

Embodying what it truly means to be a Wildcat, this facility has become a landmark for locals, attendees of this University, and fans of the athletic programs at the U of A. Serving Tucson, this building has brought many opportunities to the youth of this city, and has transformed student athletes into young professionals on so many levels.