The Rillito River Trail is open to the public and many Tucsonans use it everyday as a safe place to exercise or explore a bit of the beautiful Sonoran desert in which Tucson resides. Sometimes this trail is known as the Rillito River Park or the Rillito River Walk. The trail is open to walkers, runners, skaters, and cyclists who wish to have a nice place to exercise near their homes where they wish to avoid motor vehicle traffic. It also happens to be dog friendly and has equestrian access to the riverbed.

The Rillito River Trail is 12 miles long. It goes along the Rillito River to under I-10 where it then connects with the Santa Cruz River Park Trail. Along the trail there are many parks and occasionally stores that make this route a great route for cyclists going on errands in an attempt to get some exercise and save some gas all by driving less.

Not only are there stores but along the way there are bathroom stops, water fountains, and exercise stations. Although there is rarely any water running through the river, and occasionally it is affectionately termed the “Rillito Wash” by native Tucsonans, it is still very popular in the early mornings and evenings when it is not too hot due to the sunny atmosphere of Tucson. 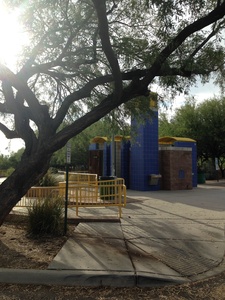 The Rillito River Trail is part of what is known as “The Loop.” 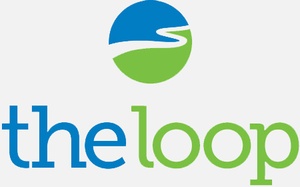 “The Loop” consists of the Rillito River Trail, the Santa Cruz River Park, Pantano River Park, the Julian Wash, and the Harrison Greenway. As parts of this loop are still undergoing construction, it is not all accessible at this time. However, once this loop is completed Tucsonans will be able to enjoy 131 miles of paved trail that connects all of these areas of Tucson. 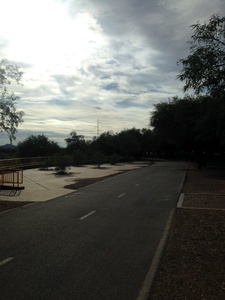 The Rillito River Trail was made so although it goes through the city, one never has to cross busy streets, as the trail is equipped with underpasses. Also, this trail connects to different banks of the river using rustic-looking bridges. 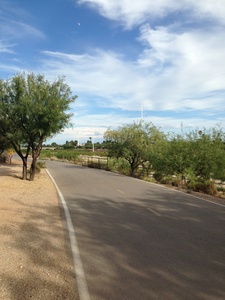 Although Tucsonans joke that the river is more like a wash, if you wish to see the river run, make sure to take a walk on this trail during the monsoon season. However, be careful as when it starts to run quite quickly it is no longer safe to walk or ride your bike on the underpasses. On July 31, 2006 this river received so much rain from the monsoon that it flooded the river path. Although this does not happen often, proceed with caution when you use the trail during monsoon season.

The Rillito River was full of water and was flowing quite well until two main settlements came and began using the water from the river as well as pumping groundwater. The two settlements included Mormon settlers and Mexican Ranchers. Although these settlers began constructing their villages in 1899, the first residents of this area were Native American Hohokam.

If you travel on the path at dusk it is quite common to see bats exit from their homes underneath the bridges. The Desert Museum used to hold events to watch these creatures but unfortunately had to cancel them due to too many people attending. This simply created an unsafe environment for their attendees. Other wildlife commonly seen on the path are coyotes, ground squirrels, lizards, and many bird species. Occasionally rattlesnakes are even sighted.