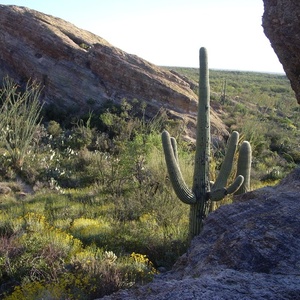 On March 1, 1933, President Herbert Hoover, the thirty-first President of the United States, declared the land about 15 miles east of Tucson as the Saguaro National Monument, a few days before he left the Oval Office. Because of the Great Depression and the change to a new administration, very few paid attentions to this designation, but it was a victory for botanists and environmentalists in Arizona who were working to protect this home of saguaro cacti. 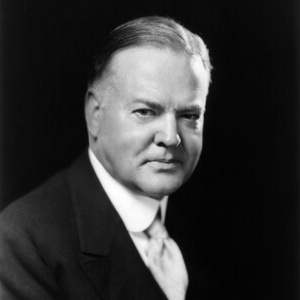 In 1920, members of the University of Arizona's Natural History Society expressed their interest in preserving the desert and its iconic plant species: the saguaro cactus. Made famous by numerous silent western movies, the saguaro was - and still is - a symbol of the Western frontier. The Natural History Society started fundraising to purchase the desert land to preserve and protect this plant species. The land was costly and their efforts failed. In 1928 Homer L. Shantz, President of the University of Arizona, pursued to continue the push to protect the land.

He envisioned a huge outdoor laboratory that was free from human activity and could be used by generations of student scientists. The University was able to purchase some cactus acreage with their funds but the park was not seen as a priority to invest in.

This vision was extremely expensive and clashed with political visions of the national park. The U.S. Forest Service only agreed to this vision if they could keep control and continue their cattle grazing. This agreement stayed, however the vision of this natural area continued to fade because of the cost of maintaining it. The local Citizen newspaper publisher, Frank Hitchcock, took this as a push to travel to Washington D.C. to take advantage of a tradition started by Teddy Roosevelt - the proclamation of National Monuments at the end of a President's term. He succeeded on this trip, and the Saguaro National Monument was signed off by Herbert Hoover in 1933.

Two months later, sixteen of the national monuments were transferred to the National Park Service by President Franklin Roosevelt. Once under the National Park Service, there were a few issues that came up. The cattle were trampling over the young cactus, there was “cactus rustling”, and water had to be hauled from the center of Tucson. There was worry the cactus would become an extinct plant due to lack of reproducing and aging. But there was still hope.

Homer Shantz never gave up to protect the beloved park. The Civilian Conservation Corps created the famous Loop Drive for cars to travel through the scenic views. In the 1950’s, a Visitor Center was opened and in 1961, President Kennedy added on 25 square miles to the Tucson Mountains to the designated land.

Congress officially designated the area as a National Park in 1994. 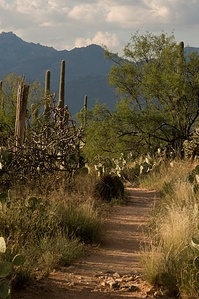 The U.S. National Park Service has been maintaining and preserving 58 national parks in in the country since 1916. You can see the beauty of nature and ecosystems it supports , and Saguaro National Park is no exception. Today, the park has two districts, the Rincon Mountain District (RMD/Saguaro East) and Tucson Mountain District (RMD/Saguaro West) for park visitors to explore. Visitors from around the country can back country camp, bike, wilderness hike, and horseback ride in the beautiful parks. In 1976, the park was officially recognized as wilderness; It is the Saguaro Wilderness Area.

Tucson Mountain District has the "Signal Hill Petroglyph Area", where it is the largest site in TMD with over 200 Native American petroglyphs. It is a small rocky hill that's 40 feet in height and its base is 200 feet in diameter. 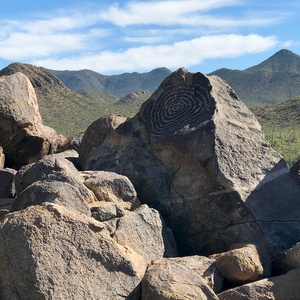 Here are a list of some of the most popular trails, along with a short description of their difficulty level and what you can see as you hike them.

Freeman Homestead Trail: This path is only a mile long, leading to an old homestead foundation with a grove of large saguaros and a desert wash. You can often see Great Horned Owls above this wash. As with most other trails, there are interpretive signs along the path so that visitors can learn more about the history of the area and the plant life surrounding the trail.

Loma Verde Loop: This is a 3.8 mile trail that rises 60 feet in elevation. The path takes you through a grove of mature mesquite trees, past the Loma Verde mine, and if you turn right on Pink Hill Trails a ways up, it will lead you to a nice overlook of the cactus forest and Tanque Verde Ridge.

Garwood Dam & Wildhorse Tank: Starting at the Douglas Spring trail head, walk along the path until you hit Garwood Trail, then take a right. It will take you into a beautiful cactus forest that inspired the creation of this park in 1933. Once you hit the Carrillo trail, it will lead you to the Garwood Dam and then to a beautiful view of the foothills once you hike up a series of switchbacks. This trail is 6.4 miles and is not for the faint-hearted, so bring lots of water, a hat, and be prepared for the beautiful sights. 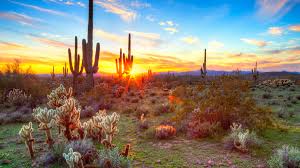 The Saguaro Desert’s elevation ranges from 2,180 feet to 4,687 feet containing two biotic communities, desert scrub and grassland. Tucson Mountain District receives an average of about 10 inches (250 mm) of precipitation a year. Precipitation in both districts falls mainly during two brief seasons, in December and January as steady light rains and in July and August as brief violent rains accompanied by lightning , wind, flash floods,  and sometimes dust storms . The saguaro is adapted to make the most of every drop of rain. The cactus has a single deep taproot—the rest of its roots grow close to the surface of the ground in order to absorb as much water as possible before it evaporates. Saguaros are supported by a ribbed, woody skeleton, which expands like an accordion to allow the plant to retain moisture. The monument is a preservation of the Sonoran Desert landscapes, fauna, and flora including the giant and well known saguaro cactus.

Daytime temperatures reach up to 70-80 degrees between October and April and can drop below freezing during the night time. During the warmest seasons, May through September, daily high temperatures average more than 100 degrees Fahrenheit. This National monument lies within the watershed of the north-flowing Santa Cruz River which is generally dry. The creek is a tributary of Pantano Wash, that crosses Tucson from the Rillito River, another dry wash. These washes, in both districts are usually dry but are subject to flash floods at times. 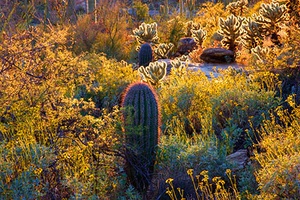 Plant communities within the park vary with elevation. The Tucson Mountain District has two distinct communities, desert scrub—such as forewing saltbush and brittlebrushat the lowest elevations, and desert grassland a little higher. The Rincon Mountain District includes these two communities as well as four more at higher elevations, oak woodland, pine–oak woodland, pine forest and, high in the Rincons, mixed conifer forest—Douglas-fir, Ponderosa pine, white fir, Gambel oak, and many other trees, shrubs, and understory plants. During annual inventories in 2011 and 2013, hundreds of scientists and thousands of volunteers identified 389 species of vascular plants, 25 of non-vascular plants, and 197 species of fungi in  the Saguaro National Park.

There is also an abundance of  medium and large mammals that reside in the Saguaro National Park. A partial list of the park's mammals includes cougars, coyotes, bobcats, white-tailed deer, mule deer, javelinas, gray foxes, black-tailed jackrabbits, desert cottontails, ring-tailed cats, white-nosed coatis, ground squirrels, and packrats. There is also an endangered mammal, the lesser long-nosed bat, which lives part of the year in the National Park and the other part of the year in Mexico. 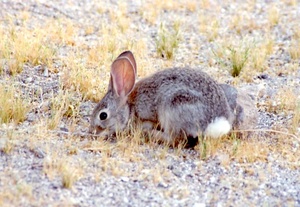 The park's 36 reptile species include desert tortoises, diamondback rattlesnakes (one of the more commonly seen snakes), coral snakes, Gila monsters, short-horned lizards, spiny lizards, and zebra-tailed lizards. Despite the aridity, three amphibian species inhabit the park: the canyon tree frog, the lowland leopard frog, and Couch's spadefoot, which lives in underground burrows, emerging to breed during summer rains. Forest fires, which create erosion-prone burned areas, have destroyed many of the leopard frog's breeding pools, which fill with sediment. The Arizona Game and Fish Department lists the lowland leopard frog as a species of special concern.

When Can You Visit The Park?

As far as public use and exploration, the park is generally open to hikers all day every day except Christmas and is open to vehicle traffic from sunrise to sunset.Horseback riding is allowed on some of the trails Livestock—defined by the NPS as horses, mules, or burros—must carry their own food and are not allowed to graze in the park. Bicycling is allowed on the Cactus Forest Loop Drive and two park trails. The Cactus Forest Loop in Saguaro East is a paved, one-way, 8-mile road with pull offs that overlook the valley—an easy way to pick and find easy trails into the wilderness. Manning Camp Campground is the main staging area for firefighters, trail-maintenance crews, and scientists working in the park. Their supplies are brought in by pack mules that are kept in corrals at the site. Runoff from a nearby spring, the largest in park, provides water for the livestock. This National Park has been a protective source for the environment and a source of outdoor exploration for the people of Tucson, and many other people coming from anywhere in the world to experience the beauty of this desert landscape.