What do you know about Sigma Chi - Tucson, Arizona? 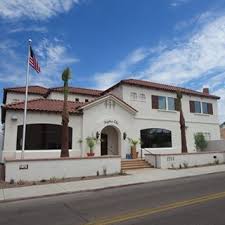 Fun Facts about Sigma Chi at the University of Arizona

Founded at University of Arizona: 1921

Sigma Chi's partnered philanthropy is to the Huntsman Cancer Institute. The Huntsman Cancer Institute is to find causes and cures to cancer. 2012 marked the year where Sigma Chi donated its millionth dollar to the institute. Derby Days is Sigma Chi's main philanthropic event, which is a competition among the Sigma Chi members coaching members of each sorority to compete in a dodgeball tournament. There is much more to this tournament, such as t-shirt sales, other types of competitions such as dancing and talent shows, as well as percentage nights at popular restaurants. In 2018 the Beta Phi Chapter broke UofA records and raised over 56K during Derby Days.

The Sigma Chi  house is directly on University of Arizona's Greek Row, 1511 E First St, Tucson AZ, 85719. It is surrounded by other greek chapters, and it is in a great location that helps ensure community involvement, keeps fraternal members who live in (34 to be exact) close to campus and other University of Arizona activities, and allows for a bond like no other where the members have the chance to live amongst each other while honoring their fraternity. This house is much more than a place to live,  it is a representation of the Beta Phi chapter's members, as well as every single National chapter, including current members and alumni. The chapter has been at the University of Arizona since 1921, but the physical house was just remodeled in 2014. It is estimated the house is over 10,000 square feet. The latest additions include, a putting green, ATM and new event stage.

Sigma chi fraternity lives by certain bylaws referred to as the governing laws.  They expect the best out of all their members in many regards, especially academically.  In order to pledge the fraternity, you must meet or exceed  a certain GPA on a 4.0 academic  scale. They must be in good academic standing with the institution to pledge or be apart of the fraternity as a member, and this varies depending on chapter. The Beta Phi chapter requires a 3.0. Study hours are also available to members who need academic help, or just want a place and time to study with their brothers.

A Note from the President

One of my good friends, Ryan Van Wert, has just been elected as the President of the Beta Phi chapter. After spending some time learning about Sigma Chi from him, I asked him to describe what the chapter truly means to him. This may be a a physical house, but it is also a place filled with memories, brotherhood, and friendship. That to me is almost as important in what makes up the historical landmark that Sigma Chi is. Here is what he had to say:

"Sigma chi is more than a fraternity, it’s a lifelong commitment. What we believe in and what our traditions value are sincere. What I personally like is that our brothers hold themselves to a higher standard amongst the Greek community. Everyone looks not only to improve their undergraduate years but more our futures after college." - Ryan Van Wert.

- 2015 Emerging Greek Leader of the Year

On June 28th, 1855 at Miami University a group of men got together and created a legacy. The founders of Sigma Chi include Thomas Cowan Bell, James Parks Caldwell, Daniel William Cooper, Issac M. Jordan, William Lewis Lockwood, Benjamin Piatt Runkle, and Franklin Howard Scobey. Each of these men came from a completely different background, but they all came together and united the Sigma Chi Fraternity. They felt as though they were missing an aspect in their college experiences, and this missing piece was a fraternity. There were other already formed fraternities at their university, but these men didn't feel as though those organizations were up to the standard of what a great fraternity could be. Six of these seven members were at first apart of the 12 man Delta Kappa Epsilon Fraternity at Miami University, but when a dispute arose between the scholastic and debating participation within that fraternity, those six men were expelled from their organization and began the steps of founding Sigma Chi. They wanted a place that had the same values, principles, and ideals that they so strongly lived by, and with the addition of William Lockwood, they turned their plans into a reality.

Sigma Chi does have rather high dues, but their house is also is one of the largest on campus and is in one of the best locations on the universities campus. Dues range from $2,410-$6,010. There is also a meal plan service with their very own Chefs: Bob and Shane. Available to members is also a parking pass right behind the Sigma Chi house. Included in these dues is money set aside to strictly go towards social gatherings and events hosted by Sigma Chi members.