The Tucson Gem, Mineral and Fossil showcase is a gem and mineral show that takes place annually throughout Tucson, Arizona. To get the most out of the show, you must know about its exciting history. 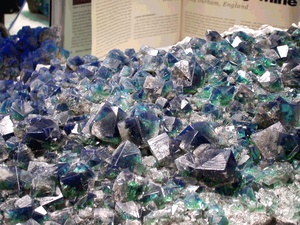 What is now the largest show of its kind all began in 1955. The well known show first took place at an elementary school in midtown Tucson. Yes, 63 years ago the Tucson Gem and Mineral Show took over Keeling Elementary School and now takes over a decent amount of the city. Every year the Tucson Gem and Mineral Society hosts this epic event. On March 19, 1955, at Keeling Elementary School, admission was free for the 1,500 visitors who showed up to see the nine dealers. Now, lets flash forwards to today’s showcase. The Tucson Gem and Mineral Show takes up every available inch of the Tucson Convention Center downtown, and its 40 “satellite shows” spread throughout the Tucson area. The event brings more than $120 million of direct spending to Tucson, and buyers will spend close to $50 million each year as well.

Who is the Tucson Gem and Mineral Society?

What began as a small group interested in the hobby of mineral collecting is so much more today. From the start in 1946, the society’s intent was to further the knowledge and appreciation for a hobby that was just starting. Once a month the society come together for a meeting. They are typically held the first Monday of the month. The meetings feature many presentations on gems and minerals. All the presentation are done from a range of different perspectives: field collecting, history of private and museum collections, Arizona and nationwide mines along with their environments, and scientific mineral and gem information. The meetings and presentations are meant to excite members, collectors and adventurers.

In the summer months, the society likes to come together for dinners where they’ll all share adventures. The mission of the society has always stayed the same; to encourage interest and study in geology, mineralogy, lapidary and allied earth sciences. 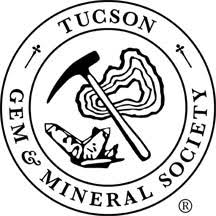 Growth of the Gem Show

After the first show at Keeling Elementary, the Tucson Gem and Mineral show moved out to aQuonset Hut at the Pima County Fair on sixth avenue. It stayed in that small hut on sixth avenue for 15 years. A few years later in 1961, the show took a great leap forward. That year was so significant because it marked the Smithsonian Institution’s first involvement in the event. 1961 also represented the presence of the first “satellite show”, made up of 13 wholesale dealers. The “satellite show” that year at Holiday Inn South, was enough of a success that other satellite shows began popping up.  Finally, in 1972, the brand new (at the time) Tucson Convention Center hosted the gem show.Flash to the present and when we hear Tucson Gem and Mineral Show, it is no longer an unknown. It has grown in such a way that it actually attracts a higher ratio of out-of-town buyers than Tucson-area residents. Still organized and ran by the Tucson Gem and Mineral Society all these years later, the show counts on thousands of venders emerging to Tucson each year. 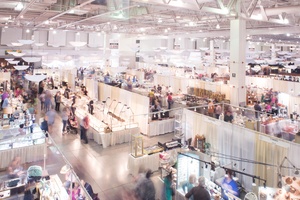 The Tucson Gem and Mineral Show has been the top destination for those in the gem and jewelry industry professionally for several years now. It has proudly become one of the main show destinations for industry related business buyers all over the world. During the time of the show, the city of Tucson turns into a gigantic market place dedicated to gems, jewelry and minerals. So why go? Here’s a few reason why: 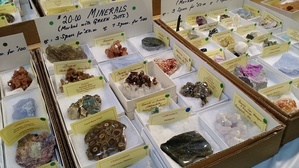 Tucson’s oldest Gem and Mineral show kicked off the morning of February 8th. Large crowds of people from all over came with the intent to be wowed. This year’s theme was crystals and there indeed was no shortage of amethysts, agates, quartz and emeralds. The biggest highlight of the show this year was a 4-foot tall tourmaline which was discovered 50 years ago in Bolivia. It has been said that the specimen sold for $15 million. Another big favorite of the show this year was the massive amount of crystalized gold. Many people continued to attend the event until it came to and end on February 11th.

Mark your calendars and save the date because the Tucson Gem and Mineral Show will be back February 2-17, 2019. The great playground for gem and mineral lovers is predicted to keep coming every year. The world of international gem and mineral trading, collecting and treasure hunting is not in the cards to be ending anytime soon. In the following years the idea is to make this attraction one to bring the whole family to. The show wants to continue free seminars and a Junior Education Area. They want to create hands-on activities to draw the younger families in. While the event will always bring serious collectors from all over the world, eventually the Tucson city is expecting all to join. The “cool” factors it brings will always make it extremely fascinating.

Every mineral collector should make the pilgrimage to Tucson once in their lives. Amazing minerals are on view, and look even better not in a museum. Winter time is also the perfect time to get away from those cold states and vacation in a warm spot like Tucson. The Gem and Mineral show however can be confusing for the first time visitors. Most visitors will fly directly into Tucson and rent a car. Tucson is not a good “walking” town so a car would be helpful. Be certain to then proceed to select a hotel near the show so you have access to shuttle busses easily. It would be best to book a room sooner then later. The next show will be here right before we know it and now well know more for next time!