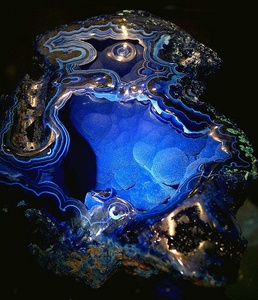 “To encourage interest and study in geology, mineralogy, lapidary, and allied earth sciences.” This allows for people who have a passion or hobby in the designated fields to join. If you are looking for a hobby, I recommend you join the Tucson Gem and Mineral Society. 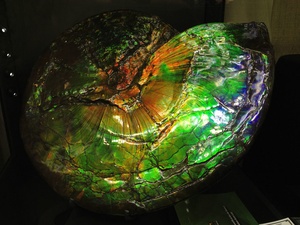 The Tucson Gem and Mineral show were created by a small group who was interested in collecting rocks, minerals, and lapidary. This show has been The TGMS society was created in 1946 and its mission was to educate and show their passion for mineral collecting and lapidary. The Tucson Mineral and Gem Society established the Tucson Gem and Mineral show for people who enjoyed and wanted to learn about geology, minerals, or lapidary. The first show took place in 1955 at Helen Keeling Elementary School. By the 1960’s they had over 25 dealers and 3000 visitors. In 1961, the Smithsonian Institute settled in partnering with the TGMS and creating the first satellite show at the Holiday Inn. By 1977, the TGMS show committee was formed. They later had moved the show to Quonset Hut at the Pima County Fair and Rodeo Grounds and it stayed at that location until 1972. In 2017, there was around 48 satellite shows, 3000 dealers, and 55,000 visitors from all over the world. Due to the success of 2017, the Tucson Mineral and Gem Show has been able to get some of the largest dealers in the world to build their own warehouse show. The Tucson Mineral and Gem show have come a long way since it being held at an elementary school. 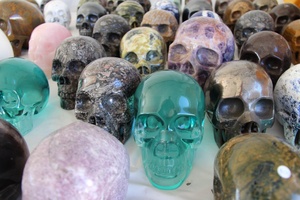 The Tucson Gem and Mineral Society is a non-profit, educational organization that allows you to volunteer and encourage others to understand or take interest in earth science. The society is committed to minerals, geology, and earth science. The society has around 320 members, most of them being located in Tucson. The purpose of the organization has been to educate people by planning the Tucson Gem and Mineral Show annually. The organization gives money to mineral museums, graduate scholarship programs in Geology from the University of Arizona, mineral and gem publications, participation from science fairs, and student organizations. This allows the organization to help aid people who are seriously interested in minerals and other related things.

The profit that comes from the Tucson Gem and Mineral show is from people outside of Tucson. In 2014, about 54% of buyers came from outside of Tucson. This allowed for businesses such as hotels, restaurants, shops, and transportation to increase revenue. Due to many of the visitors being outsiders, this allows for the Tucson Gem and Mineral to increase their spending for the upcoming shows. Vistors also cause businesses to boom.

The Tucson Gem and Mineral show have affiliations with the Rocky Mountain of Mineralogy Societies and the American Federation of Mineralogical Societies. The Tucson Gem and Mineral show offers field trips to help start a hobby that is mineral collecting, and educational classes to promote minerals, gems, lapidary to further expand your knowledge and experience. The society allows funds to people affiliated with the University of Arizona in the Department of Geology, a scholarship for the Boys and Girls Club, and the Arizona Sonoran Desert Museum. The perks of obtaining a member to the Tucson Gem and Mineral Society is that you are subscribed to the Rock Talk newsletter, exclusive society activities events, and 50% off admission to the annual Tucson Gem & Mineral Show. Due to you being a paid member of the society, you are able to volunteer an upcoming events such as the Tucson Gem & Mineral Show. You are also able to join general meeting to get to know more people interested like you.

The Tucson Gem and Mineral show is the biggest market for extraordinary gems, jewelry, minerals, stones, fossils, and lapidary artwork. The TGMS has turned into this amazing market place for people who loves gems, jewelry, minerals. Are you interested in gems and stones? Do you have a passion for collecting rocks, minerals, gems? Want to save money to buy your favorite stones? Want unique gems stones or minerals. This place is perfect for you. Here are some reasons why: