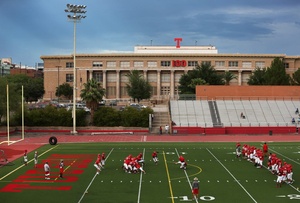 A view of Tucson High's track and football field with the main building in the background. 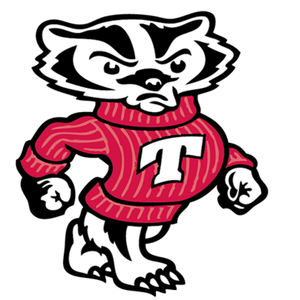 Tucson High Magnet School or "THMS" or simply "Tucson High" is a public high school in Tucson, Arizona under the Tucson Unified School District. The Tucson High mascot is a badger by the name of Bucky and borrows The University of Wisconsin logo of the same name. The team colors are white and red. It is located across the from The University of Arizona at the intersection of 6th and Euclid. Other nearby locations include downtown Tucson and 4th avenue. Tucson high accepts enrollment from students all over Tucson establishing a strong sense of diversity and cultural inclusion.  Minority enrollment was reported to just be over 85 percent. Tucson High is the oldest established and still operating high school in the state. Tucson High's started with 45 students and it's first graduating class was in 1906. Shortly after it's opening to the public many other schools were established and Tucson began to thrive as a mid-major city during the twentieth century. As of 2020, Tucson High is the 13th largest school in Arizona with enrollment near 3000 students.

Tucson High has gone through several location changes and new construction during it's over a century lifespan, most recently a remodel of the gym in 2011. Tucson High consists of 3 learning buildings, The main, which was built in 1926, the Vocational building and the newest; Technology building, built in 1996. The main building was designed by Henry Jaastad; a renowned architect. The building is registered as a national landmark. Also on a campus is a greenhouse library, weight rooms, indoor gymnasium and turf track and field.

The school was selected as the filming location for the 1987 romantic comedy film; Cant Buy Me Love starring Patrick Dempsey.  Alumni include several professional athletes and government officials. An alumni club; The Badger Foundation, has over 1000 members spanning several decades who continually raise funds and support current students. Their self proclaimed goal is to "promote the educational and cultural activities of the students and alumni, and to encourage and support Tucson High students to graduate." Badger Foundation contributors have the opportunity to have an engraved brick placed in the walkway at the gymnasium. In 2019, they raised over 20,000 dollars in scholarships. The school  preaches the motto to the students; "Home of Champions". According to their website, the Tucson High vision is "student success is the priority of all endeavors. Values are the attitudes, beliefs and commitments we make in school."

The yearbook book publication is named the “Tucsonian”, and the school newspaper is the “Cactus Chronicle”. Both are acclaimed publications. The Tucsonian was honored as a finalist by the National Scholastic Press Association in 2011. 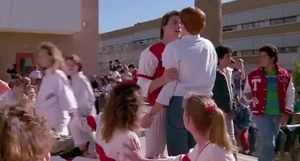 A scene from Can't Buy Me Love showing off Tucson High's campus near the cafeteria.