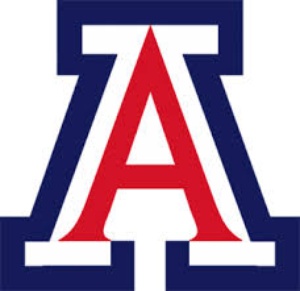 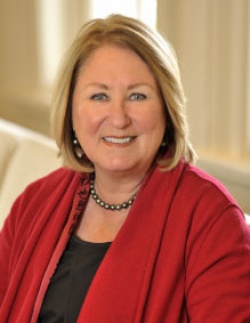 The University of Arizona had a real life desert bobcat as it's first mascot, but once it died they then realized that having a real animal would not be the smartest move. That's when the University of Arizona's mascot became the Wildcat which is actually made up of two different characters, Wilbur (the first mascot) and his wife, Wilma. The two wildcats were married at a football game during halftime in the year of 1986.  There's only one thing better than one mascot and that's two! The University of Arizona is in the Pac-12 Conference and therefore has a lot of competition in sports, but that doesn't stop us from being the best in our sports. Although we are Division One school and have many great sports teams, our men's basketball team is the U of A's greatest pride and joy. Our student section, the ZonaZoo, was voted #1 best student section in the country.

The fight song and motto of the university is "Bear Down." Whenever you see anyone outside of the U of A with an Arizona shirt on, it's a must to scream "Bear Down!" 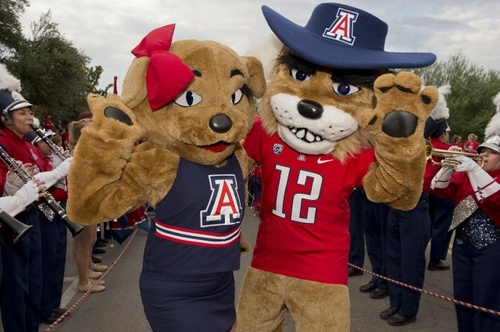 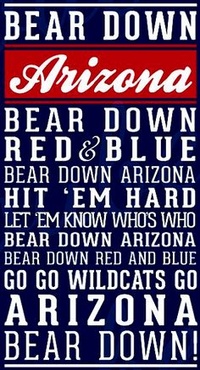 Old Main is a main attraction at the University of Arizona, because it is the oldest  and first building built here at the University.  It was previously named the University of Arizona School of Agriculture, which changed in time after it was redone and the school expanded. Old Main is directly in the middle of the "Mall" which is a long grassy area that cuts through the middle of campus.  The mall is surrounded by classrooms, the Student Union, the library, Bear Down Gym, and many other attractions. This is the main walkway of anyone who enters the campus. They are currently building a memorial to the USS Arizona on the mall by outlining the shape of the ship (October 2016,) but it is now December and they are still working on perfecting it. 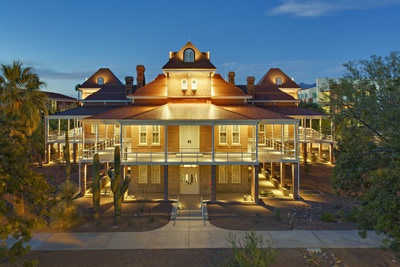 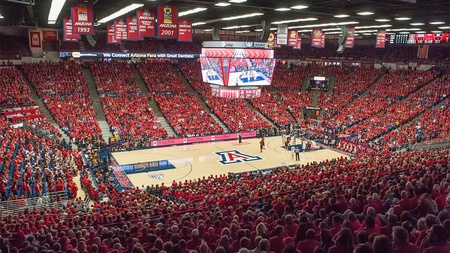 Although the University of Arizona has amazing school spirit and a beautiful campus, there is so much more to the university than listed above. Academics obviously play a huge role in the university's ranking. The university offers unlimited amounts of degrees, majors and minors. Some of our most well-known and highest ranked colleges within the university include: The College of Medicine, The Eller College of Management and The James E. Rogers College of Law. 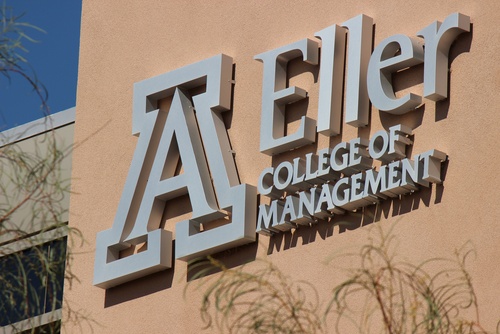 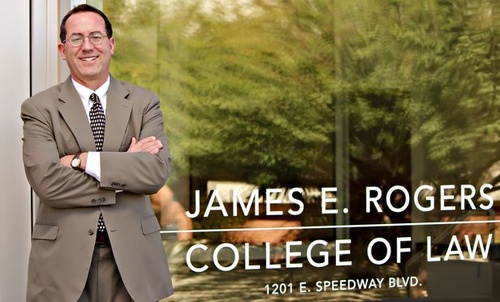 The University of Arizona has stood out over other universities for impacting society. We have been recognized for many different things from top rankings of our colleges to discovering things in our programs, the U of A is definitely well-respected by being ranked in the Top 100 universities in the world by Academic Ranking of World Universities. The James E. Rogers College of Law was ranked number seven for practical training by the National Jurist Magazine. The Eller College of Management's McGuire Center for Entrepreneurship was ranked number three among US public undergraduate programs by the U.S News and World Report. We are ranked to be in the Top 25 for our Undergraduate Architecture program by Design Intelligence.