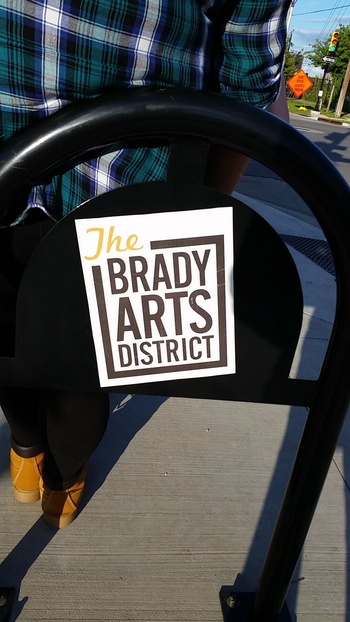 The Brady Arts District is keystone in the history of Tulsa, playing a role in the arts, business, and community. The area roughly covers the area between East Fairview Street and Archer Street from north to south, and North Denver Avenue and N Elgin Avenue from east to west.  Names after W.T. Brady, it is located in the northern part of downtown Tulsa, including notable locations such as The Brady Theater, The Cain’s Ballroom, and the Guthrie Green. The area has evolved since its establishment in the early days of Tulsa, but has continued to be a fundamental part of the local culture, both in past and present.

Tate Brady, a businessman in the mining, oil, and real-estate industries, was one of the founders of Tulsa. After coming to Indian Territory, he established a small shop in what is present day Tulsa. He soon established the Brady Hotel, which was the first in Tulsa to have Baths. It was also where Charles N. Haskell announced he was running to be the first governor of Oklahoma (This Land Press). In 1914 a convention hall was added to the area, which has since become the Brady Theater. During the race riot, the building was used to detain black men. There is also a rumor of the building being haunted by the ghost of Enrico Caruso, who performed there in 1920 and caught a cold, then died in 1921 (Bradytheater.com). 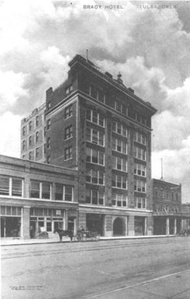 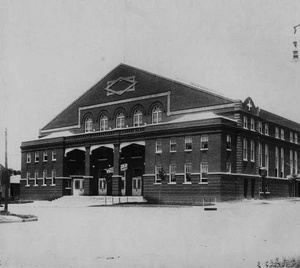 As the city has grown and reshaped its self, so has the Brady District. The Brady Hotel suffered a fire in 1935, which ended the building use as a hotel (Tulsa County Library). The buildings remains served as a location for Goodwill Industries until it was demolished in 1975. The Tulsa Convention Center was also subject to change as well, with two renovations in 1930 and 1952, and being renamed The Brady Theater(Bradytheater.com). In the decades between the 1960s and 1980s, the Brady District suffered neglect as the area became a center for “manufacturing, pipe yards, repair shops and warehouses” (news on 6). Since then however, many efforts have been made to revitalize the area.

The district has become filled with art establishments, restaurants, bars, and other businesses which retain the areas theme bringing the people of Tulsa back to where it began. The Woody Guthrie Center, an establishment for local history and research based on an American icon, is an examples of a new attractions in the area. The Phillbrook Downtown, Tulsa’s Glassblowing Studio, Zarrow’s Center for Arts and Education, and Living Arts of Tulsa have also added to the growth of the are Since 2007, the Brady District holds The First Friday Art Crawl once a month, where the local art establishments open their doors to the public for an evening. The event first attracted 100 people, and now brings in a crowd of 3000. This event also contributes to the business of bars, restaurants, and clubs in the area. (thebradyartsdistrict.com) 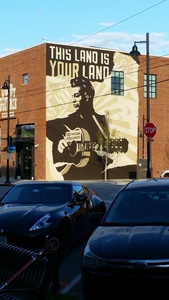 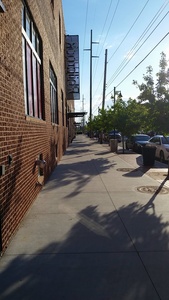 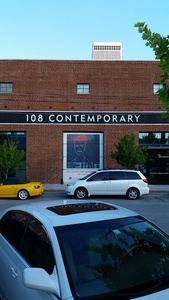 The Guthrie Green is another attraction in the area, which allows the community to come together for various outdoor events, including The Center Of the Universe Festival. This is a weekend long concert series featuring many famous artists, which takes pace during the summer. The Guthrie Green hosts some of these acts. It also holds movie nights for the public. The Brady Theater and Cain’s Ballroom bring several people to the area for various performance for notable acts throughout the year. 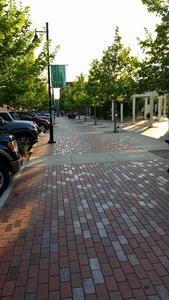 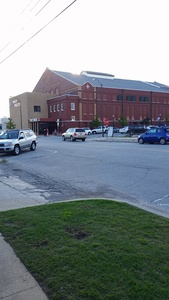 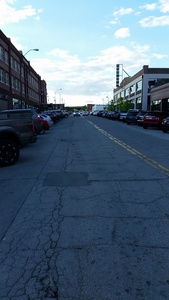 The Brady District has also been involved in some controversy in the last few years. W.T. Brady has been discovered to have affiliated with the KKK, and been involved in the Race Riot of 1921. There have been many members of the community that have actively fought for the city to rename Brady Street, and its affiliated area. The business owners of the Brady District however feel that the controversy over the name have overshadowed all the good Tate Brady did for the city and its growth (This Land Press). The city council has voted to keep the name, but there are still citizens actively protesting.

Despite the controversy, Tate Brady helped establish one of the most historic areas in Tulsa. Through its history, it has proven to be a showcase for local culture and innovation of the Tulsans.

For more information on the Brady Arts district, visit http://thebradyartsdistrict.com/