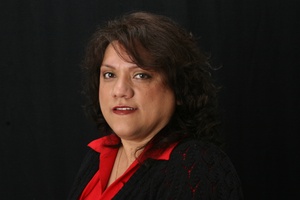 Dr. Lydia Gonzalez -D'Ross, serves on the Oklahoma Governor's Women of Status Commission, appointed by Senate President Bingman. D'Ross  is a former nominee for the Oklahoma House Representative D71-R (2012). She has served on the National Hispanic Advisory Board for Presidential Candidate, former House Speaker, Newt Gingrich and also served as RNC Hispanic Media Surrogate for President Donald J. Trump. D'Ross has been noted several times on the NFRW newsletter(s) as a national Hispanic leader "Rising Star."

D'Ross is appointed by Tom Walker, Founder of NGPT, as the Oklahoma State Leader for the National Governor's Prayer Task Force Team and also serves as staff, as the National Hispanic Director for the United States National Prayer Council, founded by Dr. Ted Rose.  In addition, for the past ten years, appointed by Dr. Samuel Rodriquez and Dr. Daniel Garza, she serves as a board member for the National Hispanic Christian Leadership Conference.  As an experienced business woman, since 1987, she has served  on numerous national boards as an executive board official member for corporations, for profit and local non-profit entities.

Family: Married 25 years and has one son who is a graduate of Oral Roberts University. Lydia's  family heritage consists of Spaniard, Jewish & Tribal Ancestry -US Army VA daughter. Her father knew four languages and was a family business owner for over 30 years. Her family have served in all the branches and have served in Korea, Pearl Harbour, Desert Storm and other family members who serve currently in the Marines and US Army.

Influence:  Dr' D'Ross is a national speaker and blog author. D'Ross is a passionate community advocate, who has dedicated 30 plus years serving and making a difference every where she goes. Founder of numerous projects and non-profit organizations. She has pioneered the USA Latina Roundtable Coalition, Women in Christian Leadership, US Chaplaincy of Women Corporations, National Hispanic Disaster Relief Network & Children Human Rights Advocacy group's, Hijas por Sion Global Prayer Network, Co-Founder of CHESESD Ministries,  and Premier Consulting Services.  She has been a business owner for more than 3 decades. Lydia is also an instructor for Victory Bible College Global Mission on array of topics. D'Ross has a campaign political diversity mentoring program and has a volunteer program for millennial as the original founder of the Youth Government Council that is now under the leadership of City of Tulsa Greater Hispanic Commission.

Distinguished Awards:   (Lydia has received numerous awards for dedication and public service since 1987)

* Served as a Legislative Correspondent for Sen James Battin (CA)

* Served as a State & County Delegate

* Served as a Precinct Chair  & VC