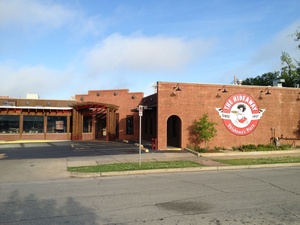 The first Hideaway in Tulsa was opened on Cherry Street in 1993.  The original was on the east side of Rockford Ave, and in 2004 a new location was built on the west side of Rockford.  The store was remodeled in 2013 to turn the patio into an enclosed dining space.

Hideaway specializes in pizzas, like the ATW, which has a different ingredient on each slice.