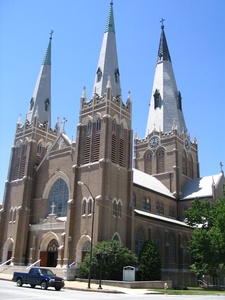 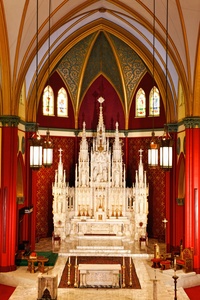 Nestled downtown at 810 S. Boulder Avenue is the Holy Family Cathedral of Tulsa, OK. Being the mother church of the Diocese of Tulsa, this is where the seat of the bishop is located.  The fast construction only took two years for the sanctuary with the first mass dedicating the church happening on April 1, 1914, with the rectory being built five years later in 1919. Up until 1923 when the Mayo Hotel was built, the Holy Family Cathedral stood as the tallest building in Tulsa. 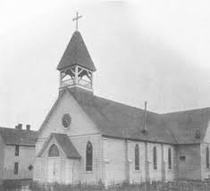 While the Holy Family establishment was first talked about in 1890, with work beginning in 1897, the first church did not last long. By 1910 the church had outgrown its capacity and began to be built at the intersection of Eighth and Boulder. All that remains of this structure are pictures and a set of blueprints.

Construction on the current structure began May 23, 1912, and finished shortly after. 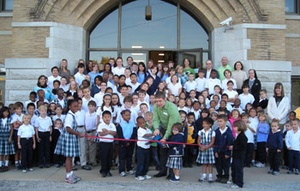 The Cathedral also houses a school that was once meant to benefit Native American and African-American children that was created in 1899. Saint Katharine Drexel founded the school in order to serve "Creek Indian Girls." By 1910 all races were admitted. The school is still functioning today with about 120 students grades Kindergarten to eighth grade.  They claim to offer small class sizes with a diverse student body that is representative of the world population. The Holy Family School states "Our mission is to be a culturally diverse school working together with Christ to create life-long learners, articulate faith filled leaders and peace makers who enter to learn and exit to lead." In 1988 the school's doors was almost closed after a large drop in enrollment and the Diocese of Tulsa suggested that it be closed. An effort was launched to save the school, with a plan to raise $50,000 to keep the doors open. The effort fell short only bringing in $37,000 but a follow up new article tells that they were able to keep the doors open despite lack of funds raised.

"Wednesdays at the Cathedral"

Beginning at 6:30 PM every Wednesday the Cathedral includes a mixture of guest and Holy Family speakers, video series', and testimonial sharing to produce what they've called "Faith Formation." The Cathedral says "The program was born out of a desire for every Catholic to more fully and deeply grasp the beauty of his faith." 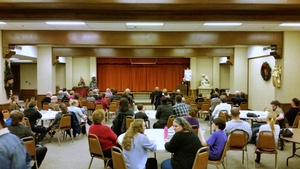 In an attempt to include the whole family, the Cathedral holds youth group for high school aged kids and religious education for children from 6:30-8 PM. They include Confirmation preparation during this time for the youth group.

The Cathedral provides dinner to anyone at 5:30 on Wednesdays for an undisclosed but "reasonable price." 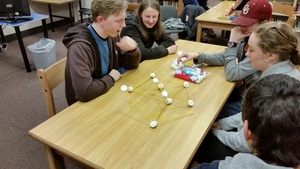 Weekend Mass is held Saturday evening at 5 PM and Sunday throughout the day at 8 AM and 10 AM as well as at noon and 5 PM.

About 2,000 people attend Mass each weekend. The Cathedral's Mass is led by a bishop, two priests, and five deacons. The Cathedral has a reputation for contemporary, modern services, especially the 10 AM Sunday Mass.