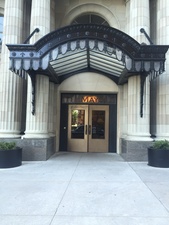 The Mayo Hotel was built by two brothers, John and Cass Mayo. With all of the prohibition and bootlegging, and a town full of oil money, the Mayo brothers seized the opportunity to create a luxurious hotel. They brought up this hotel to be rich and elegant and ready to swing with the time. They Mayo soon became the hottest hotel in Tulsa. It became home to many "A list" guests, like Babe Ruth and Harry Truman. The Mayo Hotel was the choice stop for influential  "out-of-towners." 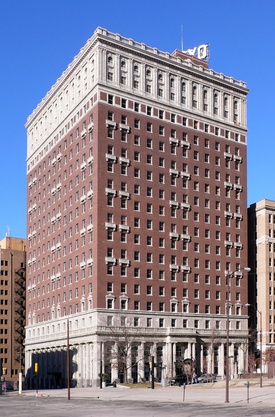 John D. and Cass A. Mayo financed a hotel that would later be the stay of many famous faces. The Mayo Hotel, built in 1925, is one of the oldest oil business buildings. The hotel is located in the heart of downtown Tulsa at 115 West 5th Street. In 1980 the hotel was added in the National Register of Historic Places.

Once the tallest building in Tulsa, the Mayo Hotel started out in 1925 as a 20-story, 600 room structure. In the first four months of the hotel, the Mayo entertained 65 conventions with a normal attendance of 2,000 each time. In 1968 the Mayo heirs sold their old hotel to the Fairmont Hotel Corporation and another investor with the hopes of renovating the facility. That plan fell through after Fairmont management noticed they wouldn’t have the support they would need. By 1974 the hotel was surrounded by potential investors who wanted to buy the old building to turn it into a senior citizens residence. However, this effort was conflicted with civic groups and the deal fell through. The next 3 years after this attempt offers came and went.

Finally in 1977 a Los Angeles investment group purchased the hotel with the intention of upping the appeal. But after spending an extra $2 million on top of the $3.5 million already spent, it seemed like the Mayo couldn’t be put back on top. By 1980, the hotel was for sale one more time. After all of the failed attempts of remolding the old leading lady, the Snyder family in Tulsa bought out the building in 2001 to start some renovations of their own. They started renovating and hosting events there in 2008. Later in 2009 they finally got the whole hotel renovated to open it entirely back up to the public. 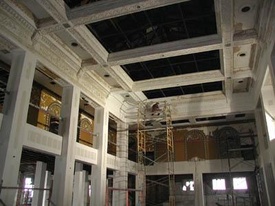 1980: Daon Development Corporation of Vancouver, British Columbia, buys the Mayo and announces a $20 million restoration project. The hotel is closed during an interior demolition in 1981. It never reopened.

1982: A Tulsa group buys the hotel and announces a $32 million restoration plan. The plans are scuttled by a downturn in the local economy. 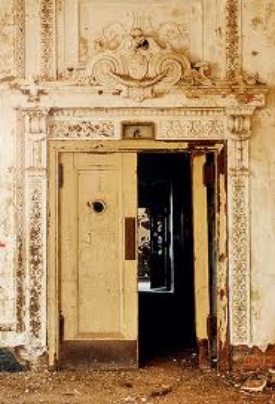 May 1987: Mayo is purchased by a group managed by Tulsa entrepreneur Paul Coury, who says he intends to restore it "to its former splendor" as a hotel. The group fails to line up sufficient funding for the plan

but announces a downsized effort to use the building for retail and hotel space.

February 1996: Northern Lights of Traverse City Inc. submits a plan to the U.S. Department of Housing and Urban  Development to convert the building into apartments with commercial space on the first floor. Federal officials turn down the plan later that year.

May 1997: Tulsa Development Authority rejects a $4 million sales tax plan to develop the hotel as housing Preservation Oklahoma  Inc. puts the building on its most endangered buildings list.

January 1998: Owners Bruce Robson and Jack Neely announce a plan to restore the building as a hotel. the plans are later put on hold.

July 2002: The Mayo basement is renovated for public parking.

October 2002: Plans announced to reopen the building's ground level as an events center. The facility opens in 2003.

March 2006: Mayor Bill LaFortune announces that $4.7 million to $4.9 million in Vision 2025 tax funds will be dedicated to plans to convert the top floors of the building into loft apartments. 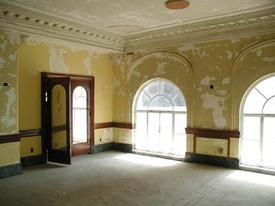 May 2008: The $40 million renovation officially begins.

Late September 2009: Officially reopened for business to the public. 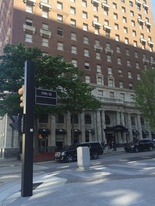 After a $42 million savior renovation, the Mayo Hotel officially opened their doors for business in 2009. The Mayo Hotel has always maintained the reputation of providing thoughtful and valued services to all of the travelers have come to expect from world-class hotels. Today, the 22-story hotel has 102 hotel rooms along with 76 luxury residences and 9 event spaces for any occasion that can hold from 10 up to 500 guests. Along with their vast options for rooms to stay in, the Mayo Hotel has several amenities desired when staying away from home such as: complimentary wifi, valet parking and laundry, complimentary Mayo logo water bottles and coffee in each room, walk-in showers and full body sprays, and 24-hour fitness center and business center.

Today the Mayo Hotel is more than just a stay for the night place for people. The Mayo Hotel is home to many weddings, press meetings, or really any kind of occasion. Along with the 9 event spaces there are 76 luxury residences for a person to rent. The hotel has 22 different floor plans ranging from 750 to 2,800 square feet.

Sources used in this wiki: