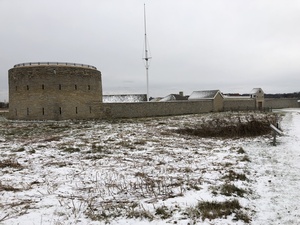 Fort Snelling is a former United States Army post located on the bluffs overlooking the confluence of the Minnesota and Mississippi rivers approximately 7.5 miles downstream from downtown Minneapolis, MN. Notably, Fort Snelling is considered an unorganized territory, and not in a city or county. The area below the fort on the shores of the two rivers is of cultural significance to the Dakota people. After the United States expansion into the region in 1819, Fort Snelling has served as a frontier outpost, army cavalry post, linguistic school, and veteran discharge center until its closure in 1946. Since then, the post has been redeveloped for recreation and education uses. A reconstruction of the original fort serves as a museum today. Many buildings constructed in the 20th century serve new purposes as well; one example is the Minnesota Boy Scouts of America (MNBSA) use the old field house for operations (4)

Prior to the United States Expansion Era (Pre 1805) 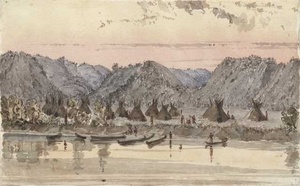 
The confluence of the Minnesota and Mississippi Rivers has been of great significance to the Dakota people. The Dakota people not only used the river for travel, sustenance, fishing, and swimming but also in a religious context as well. Per Dakota oral traditions, the confluence of the two rivers (Bdote), of separate origins represent the origin of life and the center of the Earth (Maka Cokiya Kin). At this confluence, the Dakota would maintain seasonal camps and the area served as a cultural center for their people. Additionally, the river served as a primary source of trade for the Dakota and allowed them to conduct commerce with other Native American peoples. (11)
While exact dates were not recorded, oral histories of the Dakota indicate the presence of their people at the confluence for several hundred years, perhaps back as far as the 13th century AD. (11) 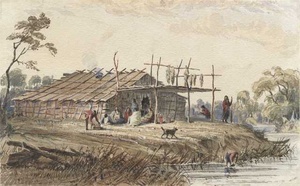 The Dakota were one of the main fur trappers of in the Northwest Territory and harvested a wide variety of animals from the region's woodlands and waterways. European (primarily French and English) and American traders would exchange manufactured goods (e.g. blankets, firearms, metal tools, and textiles) for furs. The Dakota had been trapping and harvesting furs using their own tools for hundreds of years. However, by the late 18th century, manufactured goods had become mainstream for many Dakota people. In some instances, Dakota settlements prosperity had been a result of trade goods and a sort of dependency was a result. These trade practices would evolve the Dakota/American relations and would influence future treaties between the two (8)

Following the 1805 Louisiana Purchase, much of the territory remained unexplored by European Powers or the United States. In an effort to reconnoiter the unmapped territory, Zebulon Pike was ordered to map the Mississippi River and discover it's headwaters. As part of Pike’s expedition, he was ordered to find locations suitable for military outposts. The outposts would serve as military controls of river commerce and dissuade the British from infringing on the new American territory (7).
In late August 1805, Pike arrived at the confluence of the Saint Croix and Mississippi Rivers, approximately 30 miles downstream from Fort Snelling. Pike spent the next month surveying the area between the confluences before establishing a treaty with the Dakota on September 23, 1805 (12).

Pike established the Treaty of St. Peters (named after the former name of the Minnesota River) and purchased land at the confluence of the Saint Croix and Mississippi Rivers as well as the confluence at Fort Snelling from the Dakota (8).
The treaty would prove problematic; only 2 of 7 Dakota leaders signed and Pike had no actual authority to enter the United States into a treaty with a First Nation government. Pike traded goods on the signing of the treaty and promised the land purchase was worth $200,000 in future funds from the United States government. Since Pike was not authorized by the President to conduct the treaty, it was never proclaimed by President Thomas Jefferson or his successors. The U.S. Congress would later ratify the treaty in 1808 but only grant $2000 for the purchase (7). 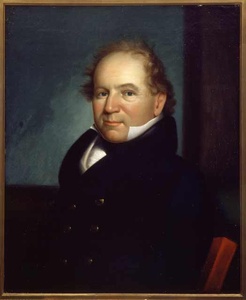 American troops would not begin to build the fort until 1819 as the United States was preoccupied with Great Britain and the War of 1812. The first contingent of troops arrived in the summer and established a camp at the nearby Coldwater Spring. The fort would originally be named Fort Saint Anthony and construction of the bluff fort would take until 1824. During this time, Colonel Josiah Snelling took over construction supervision and served as the garrison’s commanding officer. The United States Army renamed the fort in his honor in 1825 in recognition for his efforts in constructing the fort. (13)

In an effort to maintain positive relations with the Dakota and Ojibwa Nations, Snelling established the Saint Peter Indian Agency (led by Lawrence Taliaferro) in 1820. The agency was responsible for distributing government supplies and conducting trade missions with the First Nation peoples. This agency would be effective in maintaining peace in the region for much of the mid-19th century. The agency would remain open until 1851 when additional treatise confined Native Americans to reservations and moved them from the Fort Snelling area (5,7)
Photo of St. Peters Agency Marker at Fort Snelling (5)
Fort Snelling closed in 1858 as the federal government had expanded further west and built forts beyond the new state of Minnesota. The land was sold to Franklin Steel who planned to build a town named after the fort (7). 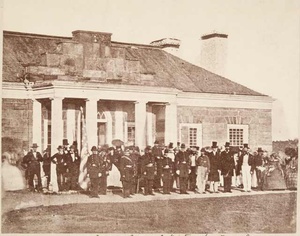 The fort’s closure would prove to be short-lived. After the American Civil War broke out in 1861, volunteer soldiers began reporting to Fort Snelling for training. The fort would expand in 1863 to accommodate recruits conscripted in the 1863 draft implemented by the United States government. Fort Snelling produced over 25,000 soldiers comprising of 11 infantry regiments, several specialized units (e.g. sharpshooter, cavalry, artillery), and even a few dozen naval personnel (6). 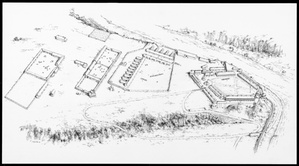 Following the Civil War, the War Department purchased the land back from Steel and began expanding the installation. The Army headquartered its Department of the Dakota at Snelling and would use the base as a focal point for supplies and troops in military campaigns against Native Americans across the northern United States (4,15).

Fort Snelling would return to its role as a training and recruitment depot from the late 19th century to the mid 20th century. The fort built many of its large brick structures to house additional troops and administration functions during the Spanish-American (1898) and Phillippine-American (1899-1902) Wars (15). 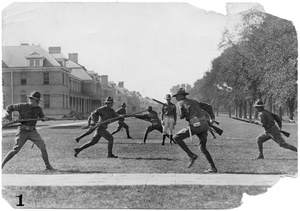 The fort became a processing center for thousands of troops during World War I and would serve as an officer training school during this time. After the end of World War I in 1918, the fort transitioned into a large, hospital unit under the Medical Department of the Army. During this time the fort cared for military and civilian victims of the 1918 influenza outbreak and veterans who were injured during World War I (15). The post would continue to train troops and serve as a hospital unit into the 1930’s (15). 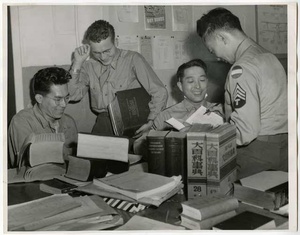 Fort Snelling returned to its role as a processing center in 1940 as the United States anticipated entry into World War II. Over 300,000 troops were processed into the military from Fort Snelling. Specialized units would remain at Snelling for their training; military police, railroad operators, and the Army’s linguist school were among these units. Upon return from overseas service, Fort Snelling was used as a reception and out processing base for personnel up until 1946 (14).

Fort closure and modern use 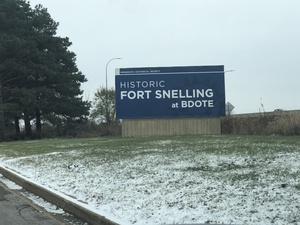 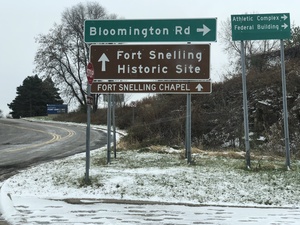 Fort Snelling was closed in 1946 after being deemed as excess by the Department of Defense. The land used by the base was turned over to the state of Minnesota for later use. The fort sate largely unused into the 1950’s when the state planned to demolish much of the old fort buildings for a freeway interchange. The proposal was halted after public lobbying demanded that the fort be saved for historical purposes. The freeways were constructed underneath and around the fort’s old buildings and replicas of the original fort were constructed (4, 14). 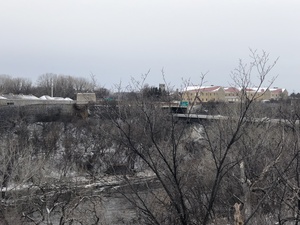 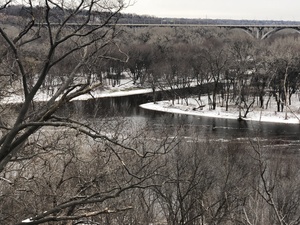 Confluence of Mississippi and Minnesota Rivers (5)

<div> Today the fort is used by several agencies such as the Minnesota Historical Society, Veterans Affairs, Boy Scouts, and the Minneapolis Parks Department. Part of the grounds is now the Minneapolis-Saint Paul International Airport and Fort Snelling National Cemetery (4).</div>