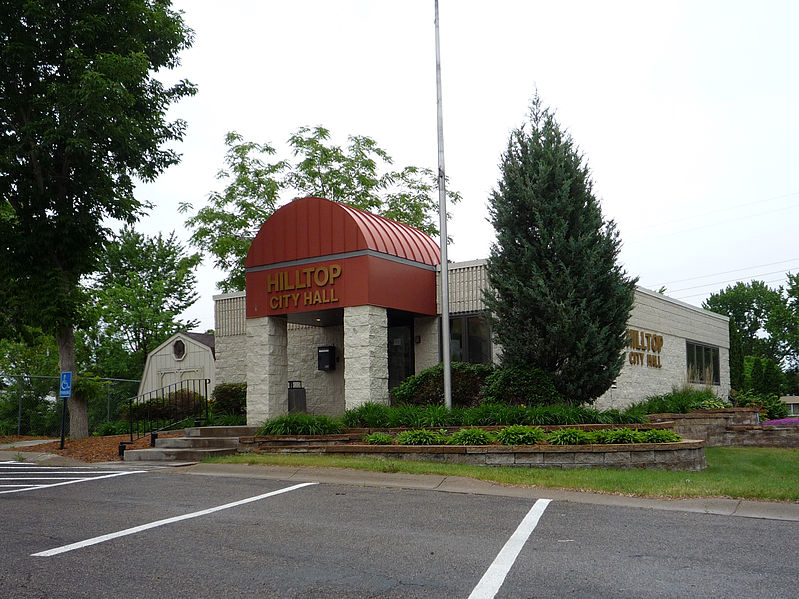 Hilltop is a city in Anoka County. The population was 744 at the 2010 census.

The city is a small enclave within the city of Columbia Heights and consists of 16 city blocks. Minnesota State Highway 65 (Central Avenue) serves as a main arterial route, running on the town's eastern edge.

The majority of the town's residents live in the 263 mobile homes, across four trailer parks, that sit within the city's borders. Hilltop is one of only two incorporated cities in America that consist primarily of manufactured housing; the second is another Twin Cities suburb of Landfall.

Businesses located in Hilltop include Flameburger.