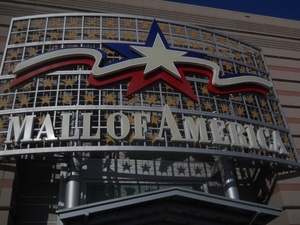 Over 520 stores are located in the mall, over 400 events are held in this location annually, and over 5,000 weddings have been performed here.  The MoA generates over $2 billion dollars annually. In addition, tourists from Canada, England, Sweden, Ireland, Japan, Korea, Latin America, France, Germany, and throughout the world come to visit this location.

Stores inside Mall of America: