Welcome to the Veliky Novgorod LocalWiki!

A website about Veliky Novgorod that anyone can edit 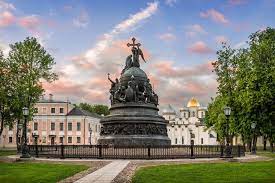 Veliky Novgorod (also Novgorod-on-Volkhov) is one of the oldest Russian cities, which has left a noticeable mark in both domestic and world history. It existed on the banks of the Volkhov River in the pre-chronicle period and became the starting point of the entire Russian statehood. Having avoided looting during the Mongol invasion, Novgorod managed to preserve several unique monuments of pre-Mongol architecture, and about a century ago, ancient frescoes were discovered under layers of plaster of ancient churches, the oldest of which belong to the XII century, which brought Novgorod truly worldwide fame.