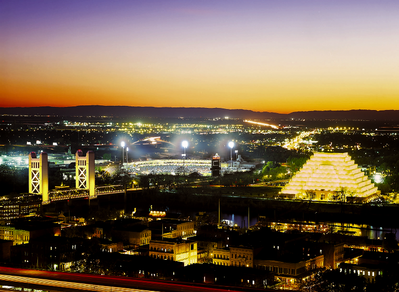 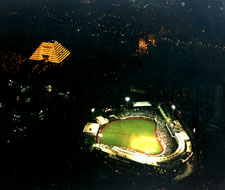 California’s Golden Dream is thriving in one of its newest cities. Incorporated in 1987, West Sacramento is a city designed and ready for business in the 21st century. Yet its history dates back more than 100 years. Like its neighbor across the river, West Sacramento was first settled during the Gold Rush era. The early settlers soon learned that the real gold in the area was the incredibly rich delta soil deposited over the centuries by the Sacramento and the American Rivers. By the turn of the century the central valley of California was recognized as one of the premiere agricultural areas of the world. As Sacramento grew into a major city, West Sacramento, which was separated by the Sacramento River and a county line, retained its small town character and industrial base. 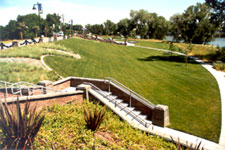 Today, West Sacramento is at the crossroads of California. Featuring its own deepwater port, two interstate highways, major North/South and East/West rail lines and a commercial airport nearby, West Sacramento is well connected to the Pacific Rim and the rest of the nation. And just a literal stone’s throw away is downtown Sacramento, the seat of the government for the 6th largest economy in the world. Being a part of the Greater Sacramento community, we’re on everyone’s list as one of the fastest growing and most livable areas in the country.

West Sacramento also offers something that can no longer be found in many of California’s cities - affordable land and housing. The average home cost is less than half of what a comparable home costs in metropolitan areas as little as 80 miles away. There is a small town atmosphere in West Sacramento, with traditional values and a healthy respect for business and industry.

West Sacramento has emerged from its infancy and is growing and maturing in many ways. Previous State of the City reports focused on their long-range planning activities that would establish the framework for a vital new City. As the City prepares to enter its third decade of incorporation, its focus is on realizing the quality growth and development that is envisioned in its now adopted long-range plans. 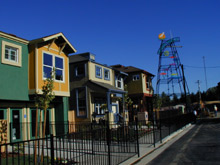 In the first few years after incorporation, the City developed its first general plan and adopted many of the ordinances and development regulations that are necessary to carry out the day-to-day operations of a city. Several specific plans were adopted to guide the development and redevelopment of various underdeveloped areas, including the West Capitol Action Plan (1992), the Triangle Specific Plan (1993), the Riverfront Master Plan (1994), the Southport Framework Plan (1995), and the Washington Specific Plan (1995). As indicated by these plans, the City is in the unique position of simultaneously having to develop vacant lands and redevelop existing developed areas in its incorporated area. Those general and specific plans set the foundation and standards for new growth that is expected to boom in the next few years.

Meanwhile, the City has attracted high quality residential and nonresidential developments which represent the type of growth that the City seeks to encourage. Large-scale new warehouse construction was initiated in 1998. West Sacramento has become a regional attraction with the opening of beautiful Raley Field, the riverfront home of the River Cats' Triple-A Baseball Team. With crowds of 12,000-14,000 per game, the team is smashing Pacific Coast League attendance records.

Improved access across the Deep Water Ship Channel was achieved with the completion of the four lane Daniel C. Palamidessi Bridge. Prior to this, the lone access route between Southport and the rest of the City was via the narrow Jefferson Boulevard bridge which was inadequate to accommodate the increased traffic envisioned in the City's General Plan and Southport Framework Plan. Completion of the Palamidessi Bridge provides a second link between the north and south halves of the City and has opened the door to major new development in Southport. Several subdivision projects in Southport, which had been awaiting completion of the new bridge, will begin construction in 1999.

The Port of Sacramento continues to play an important role in the development of the City's commercial and industrial base. The Port, also dubbed "California's Capitol Port", is a full-service international port offering geographic advantages with modern, flexible bulk cargo facilities. The Port's facilities handle a wide range of materials, including rice, wheat, logs, wood chips, pipe, housing modules, and mining equipment.