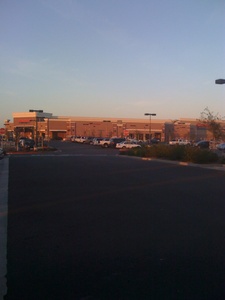 Costco Wholesale is the largest wholesale club operator in the United States (ahead of chief competitor Sam's Club). The chain opened its first warehouse in Seattle, Washington on September 15, 1983 under the name "Costco", using a similar business model to competitor (and influence) Price Club. The companies later merged in 1993 doubling the size and emerging with the name "PriceCostco"; a third name change came in 1997 to 'Costco Companies, Inc.' In 1999 the company changed its name for the final time to "Costco Wholesale Corp."; it now has locations in 37 states and Puerto Rico. 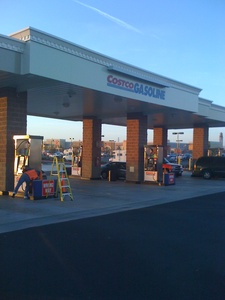 The Woodland Costco is located off of I-5 near County Road 102, next to the Target, and formally opened February 22nd, 2008. The Woodland location is the largest Costco built to date, standing at 154,000 square feet.1

If at any point in your life it becomes necessary to have a five-gallon tub of mayonnaise or bottle of hot sauce, Costco will satisfy. Due to the large number of "bulk" items that Costco carries, households (or houses full of roommates) often split the cost of a membership to everyone's benefit. It's also great for people planning to throw a large party. Drinks, including beer, liquor, and soda, as well as chips and other snacks come in bulk at cheap prices. It's also a good place to grab a cheap lunch on weekends. They have plenty of free samples and sell a 1/4 lb. hot dog and a soda combo for $1.50 plus tax. Costco also sells gasoline at very competitive prices, though this is restricted to those with membership cards. Costco also offers an auto sales program, car insurance, and financial services.

For those interested in consumer psychology, Costco is an interesting place to observe.

2008-11-29 18:01:28   Since Black Friday, Costco has been handing out free Costco cookbooks to members upon entering the store. These cookbooks are pretty nice! They still had quite a few left as of Saturday evening. —DavidGrundler