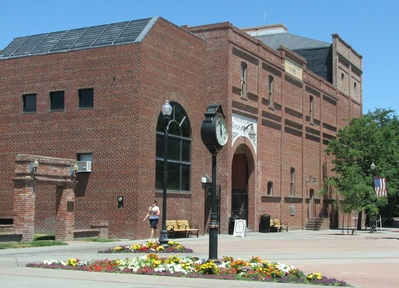 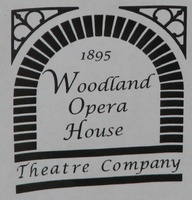 The original Woodland Opera House dated back to 1885, but it burned down in the devastating downtown fire of 1892. Upon the building's ruins, the Opera House was rebuilt in 1896.

California State Historic Landmark #851, reopened in January of 1989 after a seven-year, $2,000,000+ restoration project. For the first time in nearly eight decades, the venerable brick building in the heart of California's fertile Sacramento Valley, began to offer live entertainment on a year-round basis. From its first season beginning in the fall of 1989, WOH has consistently captured regional Elly and Local Chesley theater nominations and awards. The WOH is made up of actors and technicians from throughout the area-some commuting up to 70 miles to perform. WOH mounts 5 Mainstage productions from September to June, a summer melodrama, a youth theater camp in August, and the Young Peoples Theatre program throughout the year, each production running from 2 to 4 weekends.

Other programming includes the School Outreach Program. Working with the Yolo County Superintendent of Schools office, WOH showcases professional and YPT artists during the school year that local schools bring their students, grades K-12, to see for a very small fee per attendee. Selected Special Events artists and programs are booked in by the Opera House throughout the year and there are also numerous rental events by local organizations for the public's entertainment.

Lots of people think the place is haunted by freaky ghosts.