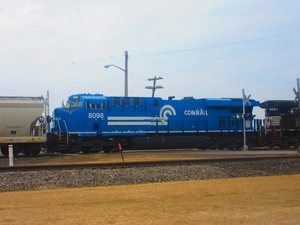 The two tracks were originally built by competing railroads (west track is the former Lake Shore and Michigan Southern track, the east track is ex-Michigan Central Railroad). Both were acquired by the New York Central Railroad at different dates. This explains the wide separation between both tracks, which is really significant south of Trenton.