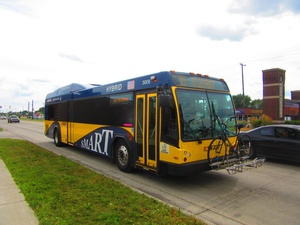 SMART currently has a fleet of over 230 fixed-route buses which serve dozens of routes, including many in the Downriver area listed below.

The Detroit Department of Transportation does have a couple routes within the borders of Downriver.