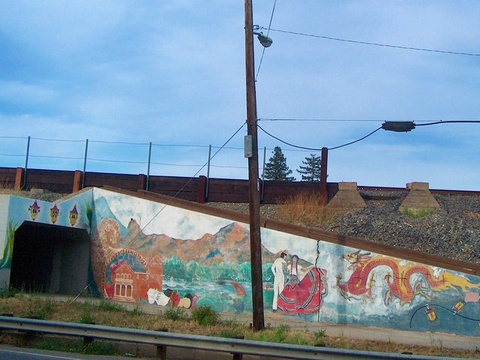 Public mural on B Street (Highway 70) in Marysville, depicting Marysville's cultural influences. Photo by queerbychoice. B Street is a major street in Marysville that partially overlaps with Highway 20 and Highway 70. From south to north, significant places on B Street include Field and Stream Bar, Ellis Lake, Appeal-Democrat Park, Marysville Charter Academy for the Arts, and North Marysville Continuation High School.

In 1858, the California State Fair was held in Marysville, in the area bounded by B Street, C Street, 5th Street, and 6th Street. 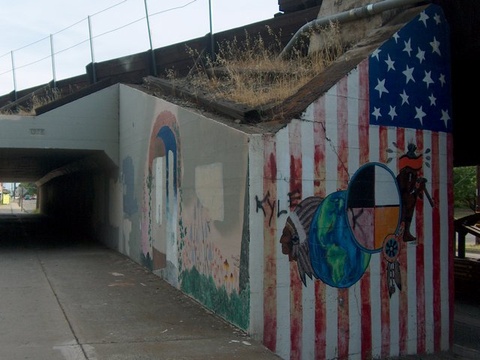 Opposite end of the pedestrian tunnel on B Street (Highway 70) in Marysville. Photo by queerbychoice.