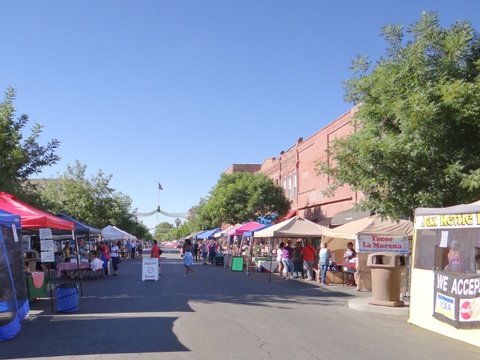 The article "Vendor Fears Racism in Ouster from Marysville Farmers' Market" by Nancy Pasternack, from the Appeal-Democrat, June 4, 2010, revealed a major dispute related to the management of the Friday Night Market. According to the article, two of the five Marysville Business Improvement District board members in charge of the Friday Night Market resigned in protest of the fact that the board's president Tom King and vice president Jeremiah Edwards forced Lem Blackshire of Big Lem's Bar-B-Q and Soul Food out of the Friday Night Market. Jeremiah Edwards, who owns the Downtown Mini Market and Deli‎, claimed that Blackshire "is not a fit in this market." Edwards and Blackshire had been selling competing tri-tip, but Blackshire had stopped selling the tri-tip in response to Edwards' demands and was still forced out of the market anyway.

The subsequent article "Marysville BID Officer Asked to Step Down" by Nancy Pasternack, from the Appeal-Democrat, June 8, 2010, reported that Jeremiah Edwards was then voted off the board of the Marysville Business Improvement District as a result of his actions described above.