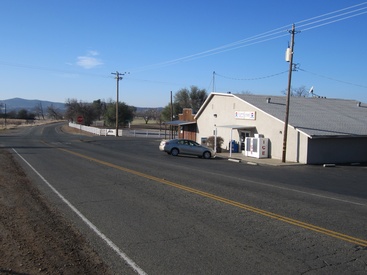 The Loma Rica Store, on Loma Rica Road at its intersection with Fruitland Road. Photo by Marina Kukso.Loma Rica is a census-designated place in Yuba County and is nicknamed "Wild Hog Glory" because of its wild hog population. It is located southwest of Stanfield Hill and Collins Lake, west of Rancho Loma Rica, north of Browns Valley, and northeast of Iowa City. It has a population of 2,075 (as of the 2000 census) and a total area of 18.4 square miles. Its elevation is 401 feet. The average annual rainfall is 28.4 inches. The average high temperature in July is 96.4°, and the average low temperature in January is 34.7°.

The U.S. Postal Service sometimes lists addresses in Loma Rica as being in Marysville, because they are both in the 95901 zip code. However, on the Yuba-Sutter Wiki, we prefer listing the more specific location Loma Rica.

Check out further details and other community events on our website.