The Marysville City Council contains six members, including the mayor, vice mayor, and city manager. The three other members each represent specific wards of the city. 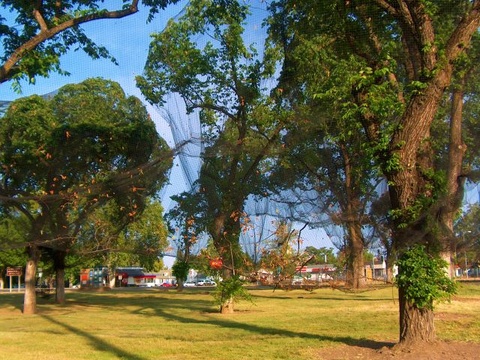 Since January 2009, 15 trees in the park, mostly elms ranging from 30 to 100 feet tall, have been wholly encased in black fabric netting to prevent birds from nesting in them. This is because environmental laws intended to prevent the destruction of rare birds' habitat could prevent the trees from being chopped down to build the proposed retail development. Yet by encasing the trees in netting, the city is thwarting the purpose of the environmental laws by simply destroying the rare birds' habitat even sooner than it would have been destroyed with no such environmental laws in place.