Parks Bar Bridge is a bridge running north and south over the Yuba River on Highway 20. Parks Bar is on the north side of the river.

Panoramic view of the current Parks Bar Bridge from the shoreline on the Yuba River. Photo by queerbychoice. 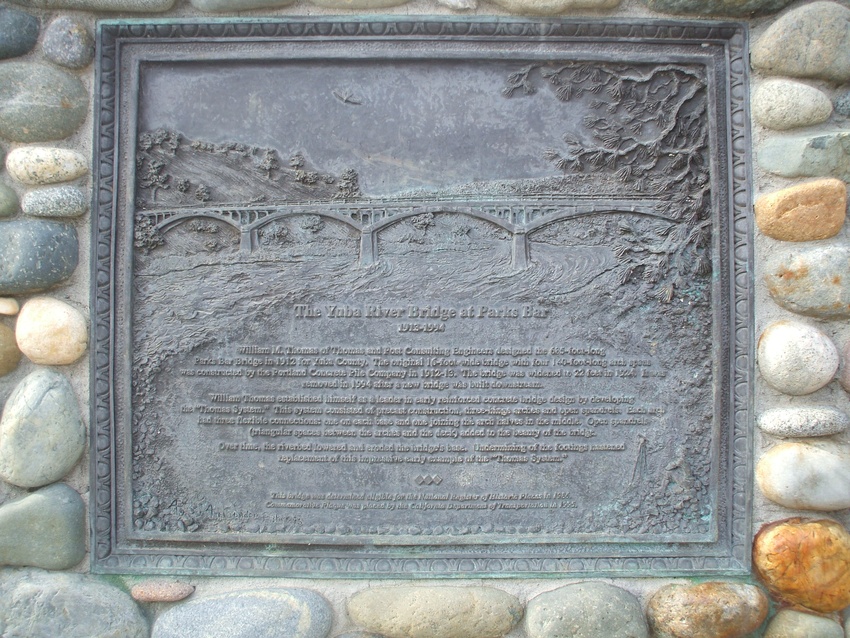 Closeup of the historical marker. Photo taken 19 May 2007 by Lane Parker.