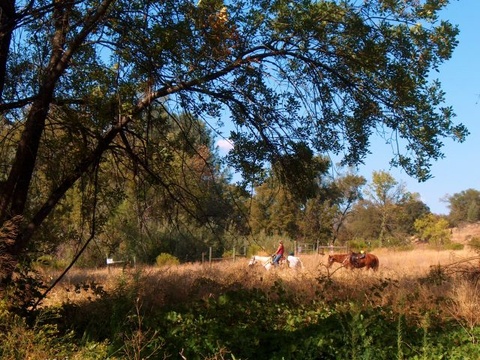 The land varies in elevation from approximately 215 feet to 1,100 feet, and contains Fairy Falls, as well as many smaller waterfalls, creeks, and ponds. It is composed of a shallow clay soil underlain by serpentine bedrock from the Smartville ophiolite. The Foothill Copper Belt, which extends along the western foothills from Shasta County to Fresno, intersects the wildlife area and was mined from the 1850s until 1915, supporting the former town of Spenceville. Coal was also mined, as a byproduct of the copper extraction. The abandoned copper mine was declared a "toxic pit" in 1989, but an environmental cleanup has taken place since then. Pieces of the mine can still be seen in the wildlife area. 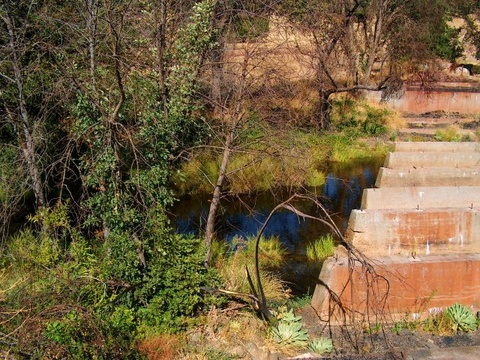 Remnants of a bridge at Spenceville State Wildlife Area, September 2008. Photo by queerbychoice.