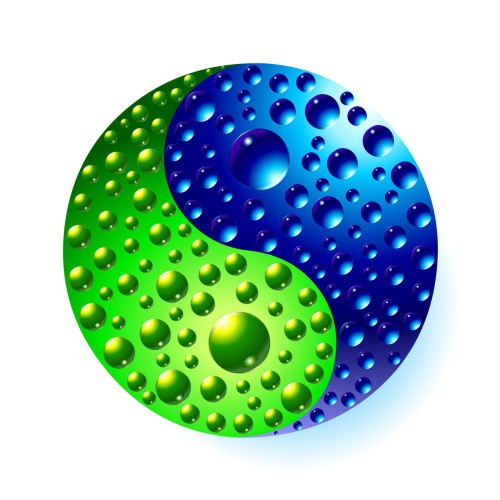 Interests include architecture, the history of Oakland, and historic people.

Notes to self so I don’t have so many tabs open my computer slows to a crawl ... Topics of interest to work on someday ...

A STEEPLE AMONG THE OAKS A CENTENNIAL HISTORY OF THE FIRST METHODIST CHURCH: 1862-1962

Hello Julio! My thought was ease of use for general users of Oakland Wiki scanning through multiple pages. They could more clearly and quickly be able to identify those entries on Oakland Wiki which specifically pertain to libraries, whereas users of the Oakland Public Library website, which doesn’t call each branch a “branch library,” already know that “branch” refers to libraries.

Thanks. Sounds good. Will we meet you this Thursday at sudoroom? -Julio

Appreciate the invitation, but I have a class on Thursday evenings. ~ JL

Feel free to join us today at the Oakland History Room. We’re here until 5pm -Julio

You are amazing!! I love reading your fantastic work here!! -Users%2FPhilipNeustrom

JL — Thought you might appreciate and be able to use these two articles about the history of the Oakland Business Men’s Garden Club — formerly known as the Snail Hunters. 33976997.pdf 32385714.pdf . — NAParish

JL — Found some more stuff that will be useful in editing / creating / updating the landmarks info. This document contains descriptions of a bunch of downtown landmarks, including the Alameda County Title Ins. Bldg: (see pg 31 of 51) pdfhost.focus.nps.gov/docs/NRHP/Text/98000813.pdf. Here’s the City’s page on the designated landmarks, including links to the Landmarks of the Month presentations that have been made so far (as luck would have it; I’m the presenter for the first landmark): http://www2.oaklandnet.com/Government/o/PBN/OurServices/Historic/DOWD009012 . — NAParish

JL — I didn’t want to make further edits to the Snedigar Cottage page, since you might be working on it, but check out the listing for Olie Fielding Snedigar here: http://genealogytrails.com/cal/stanis/bios2.html — NAParish

2013-03-31: How have I never said hello?! In any case, hello and I am so happy that you are a part of our community. We all have a lot to share and learn from each other and I especially like the entries that seem to be based on experiences from growing up in Oakland, something that as a non-native to this community is always interesting for me to read about! - mk30

2013-04-04: It would be great to meet you in person for a meeting. It sounds like Thursdays and Sundays are bad for you. What’s a good day for you to meet with us? We may be able to make something work. -Julio

Hi Julio, I will try to meet up sometime in the near future. It’s been enjoyable learning so much about Oakland through Oakland Wiki while exploring the past! ~ JL

2013-06-25: Hi JL, I sympathize with your comments on One Kelton Court. I’m still not totally over what was done to Astro Park, so can only imagine how it’d feel to watch hammer- and crowbar-wielding Imperial Stormtroopers swarm through a beautiful old house, dismantling everything. I’m somewhat relieved that Oakland had already largely completed its most egregious Adams Point rapeage before I was around or cognizant, because I’d have had severe trouble coping. They always seem to target the nice stuff, too – crackerboxes invariably stay forever. - Mike

2013-06-26: Re Tags: right now localwiki doesn’t really have “true” tagging (as it’s usually thought of). Instead of treating tags as some kind of database attribute that can be mixed and matched, as you might expect, what we have instead is a brute-force approximation: behind the scenes, the localwiki software creates a new page for each article you tag! Yes, this is every bit as ugly as it sounds. Luckily, humans are shielded from having to see, much less deal with, that – but it accounts for why we cannot do booleans such as {historic_hotel AND demolished}. However it’s best to never say never, and it briefly looked like you might’ve found a way around this limitation, which would’ve opened amazing possibilities. In fact, “true” tagging is important enough that I’m not even concerned: oh, we will have it someday – the capability is essential to what we’re trying to do. We just may need to be patient, as Phil & Co. are currently fighting even more essential fires at the moment. This is, however, why I generally stay out of tag wars: right now, it can’t amount to much anyway.

2013-07-18 JL   I was wondering where you found the story on Mary Canning?  Here I have been searching for months on all things Horace Carpentier and yet Mary Canning is a new one to me.  If you could let me know, I'd appreciate it!  Thanks, Ralph-MGs4me

2013-07-19.  I found a great article on Mary Canning,  June 10, 1893 SF Chronicle.  Interesting that after working for HWC she went to work for Frank Shattuck.  He was one of many that pretty much hung on to Horace's coat tails and became a wealthy man.   I wish I could explain Horace's actions.  He was extremely good to his family, partners and friends.  He donated millions to colleges, institutions, etc.  At a time when government supported racism towards the Chinese was encouraged, he donated over $100,000 for the purpose of Chinese studies at Columbia.  Yet he could be pretty ruthless to others.  There is probably as much wrong information out there on him as there is that is right.  I'm hoping that after sifting through as much as I can, that someday I will have a better answer!...Thanks for the info! MGs4me-Ralph

A little more on HWC.  He and his 3 brothers (2 lawyers, 1 Dr/druggist)  all had "servants".  A lot of the servants actually worked for one or the other, or even all 4 over the  years.  While HWC could be a hard ass, there is definite proof that he was excellent to the ones that worked for him, and with him.  Another case in point...JB Watson, worked for HWC from 1852 until his death in the 1880's.  JB named his youngest son Horace Walpole Carpentier Watson....I don't think you do that unless you really respect the man!   Later....MGs4me/Ralph

8/26/2013 - Hey JL, you OK? Haven't seen much of you around the wiki lately. I hope all is well, and you get back to regular wiki contributions soon. — Gene Mike here, seconding that emotion. Lately I’ve slacked on the wiki also … but whereas I’m more of a loose cannon at best, without your steady historical input the wiki seems kinda … lopsided, like it’s all about cops and Occupy and city council. Hope you’re OK …! gk here- yes, also hope you're well, but what you saying? that i talk too much about city council? I don't see a whole lot of occupy up in here- maybe when you come back you can rectify that!

8/26/2013 ~ Hi Gene, Mike and GK!  I’m so flattered and surprised you missed me!  Life’s been a whirlwind getting the last one ready and off to college, but will be back with more energy and focus after the middle of September.