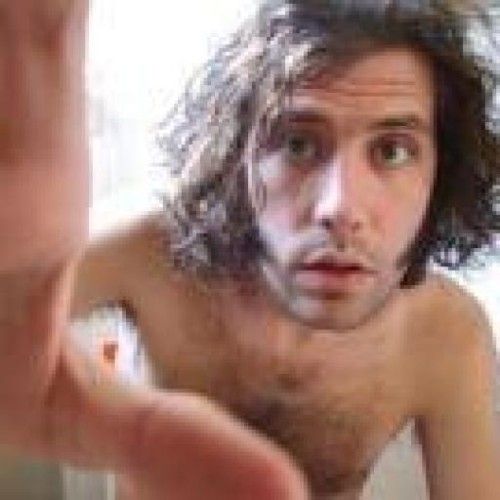 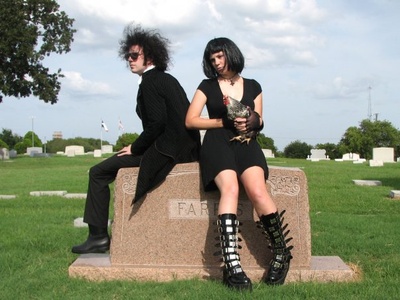 Ludlow with his companions Emily (human) and Siouxsie (chicken).

Hello!  This is me.  I'm an artist and activist who went to high school and college in Denton. I'm probably most recognizable through my  youtube channels, and I hope that this will lead to many job opportunities and riches without actually having to do anything.

Some people think I'm an asshole, but its really just that I'm English and they are not.

I was born in England, and moved to Denton, TX when I was 14. I spent most of my young life in a room alone, because I didn't know how to talk to humans without convulsing violently and bursting into tears (mild exaggeration). In 2005, I was taught how to communicate slowly, and today am known to be moderately articulate.  Ludlow is an atheist.

I attended Billy Ryan High School before attending the University of North Texas, where I graduated with a bachelor's in photography.  I then escaped to Austin, TX.

I've been an officer of Glad and FMLA and founded By the Bi. Besides being a feminist and queer rights activist, I'm also an animal rights activist and vegan.

I've done a bunch of projects. Amongst my most popular is Exposed, which is a series of nude self portraits I have asked people to shoot. The models/photographers include a title and statement with every piece.  Hugged is my most recent project, a NSFW webcomic.

I'm best known for vlogging on youtube. Some are regular vlogs, some are parody.

In September 2010, Andrew Broz and I started DentonWiki, using the original Davis Wiki software.  In May 2011, Philip Neustrom and Mike Ivanov contacted us about become a pilot for the new Local Wiki project.

2011-01-18 12:26:53   @sseibel Yes, sure it would. If you think it could possibly confuse someone the first time they hear it, it's worth an entry. However, note that we have pages for things near the square already (such as Restaurants Near the Square). Maybe an elaboration on these pages would be best. —Users/AndrewBroz

2011-02-07 17:41:30   Thanks for all the quick edits. I used to be the Mediawiki administrator for UNT Libraries and the wikicode for Wikispot is a bit different. I should probably read the style guide a bit more then I have though I'm catching on. —Users/sseibel

2011-03-10 15:49:58   The great ape, the wise mammal, the creature with the most powerful brain. what foolish creature, without direction turned to itself, socially autoimmune. Directionless: created a god, most importantly, created our lord. so sayeth Ghost Light. —97.94.199.77

2011-05-17 11:09:55   I didn't see you'd made an actual account. Why aren't you using it? It's only recording your IP address when you make edits, which means you've never logged in. When you first made a page about yourself it wasn't directed toward an actual account, that's all. I've put your profile on the dentonites page. Log in! It makes it easier for us to communicate! Thanks for contributing! —Users/RitchLudlow

Hey, Ritch, I have been adding some stuff to the software to make it possible to further customize pages, like by adding classes to tables.  The things I am focusing on are encouraging visitors to create pages and making the Front Page look more inviting.  I know you weren't crazy about that background image with the sunflower, but it's totally easy to change it by uploading a new version of the welcome.jpg image.  If you find a good image and it doesn't look quite right on the page, I can help you tweak the CSS.  I'll keep tweaking things in the next day or two, as well. -MikeIvanov