The City of Denton, like most larger American towns, has many churches and other religious organizations representing a wide variety of denominations. Denton is located in the Bible Belt and so has a large representation of evangelical churches—however, the presence of two universities has a strong liberalizing and diversifying effect on Denton and many moderate and liberal denominations, as well as other religions, are represented. 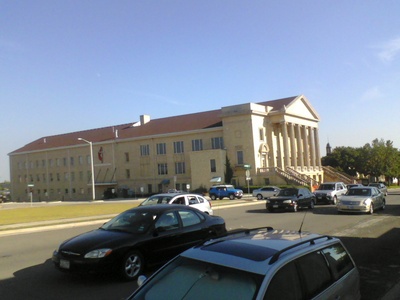 The First Methodist Church is near the square.

There are no synagogues in the City of Denton at this time—the nearest synagogue is the Congregation Kol Ami in Flower Mound. UNT hosts a Jewish Studies program and has a campus Jewish organization, UNT Hillel.