Located on the south eastern side of campus at the University of Arizona in Tucson, Ariz, McKale Memorial Center was opened in February of 1973 and has been a staple of the community ever since. Named after former athletic director and coach J.F. "Pop" McKale, the arena has housed events such as NCAA tournament games, graduations and even a Presidential address from former United States President Barack Obama in 2011. Nowadays, fans can catch a game in McKale Memorial Center featuring both Men's and Women's basketball, volleyball and gymnastics. McKale Memorial Center remains the main attraction in the Eddie Lynch Athletic Pavilion, which has undergone several renovations and additions over the past 10 years, and sits next to Arizona Stadium and the Hillenbrand Aquatics Center.

The McKale Memorial Center is most known as the home of the Arizona Wildcats Men's Basketball team. The Wildcats won the 1997 NCAA National Championship behind the coaching of Hall of Famer Lute Olson, who went 589-187 in 24 seasons at the helm, and cemented themselves as a central focal point of Tucson. Arizona remains a premier west coach destination for basketball recruits and has even shifted to a dominant Women's Basketball program as well. Former UA women's basketball star and now head coach Adia Barnes led the Wildcats to the NCAA women's basketball National Championship game in the 2020-21 season, where the team lost a heartbreaker to Stanford 54-53.

Since Olson retired in 2008, McKale Memorial Center has undergone several changes to modernize the venue for years to come. The biggest of which came right before the 2014-2015 season and saw seating, lighting, and railing upgraded, in addition to a brand new high definition scoreboard installed. Currently the arena holds 14,655 and consistently ranks among the top arenas in College Basketball. Add in the construction of the Richard Jefferson Gymnasium, and Arizona basketball and volleyball players have access to a plethora of modern facilities to work on their craft. 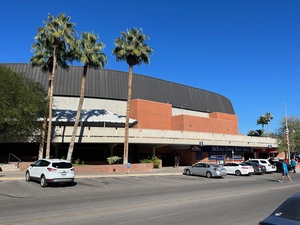 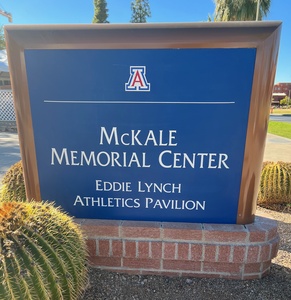