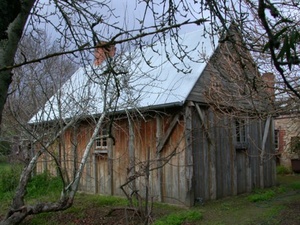 Historically, the Willemer-Diemel group is associated with the earliest settlement of Hahndorf.

The barn, probably built by Johann Willemer c1840s, was originally designed to house both people and animals, and is a rare example of a barn-house.  It has a simple plan and design of pioneer timber construction, and includes an attic that is accessible from the outside.  The living area was weather-proofed by plastering the walls with mud and straw.

The house was built c1870, and the complex also includes a pump and well.

The history of “No.15 Victoria Street, Hahndorf” - now beautifully renovated!

The buildings of No.15 Victoria Street were not imposing or impressive and their occupants were ordinary people.  However, the distance of time gives us an insight No. 15 Victoria Street into everyday life that is now far removed from our experience today. 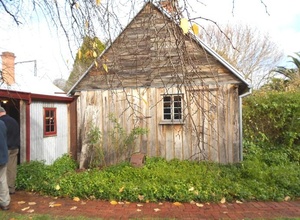 Between c1845 and c1872 the property had several owners.  It is not known if they resided at or let out the property.  After this date the first known occupancy of No.15 was by Johanne Eleanore Paech.  She arrived in South Australia in 1839 on the “Zebra” when she was 4 years old.  She lived in Hahndorf for 16 years until she was married in 1855.  Eleanore, as she was known, had 5 children and moved around the State until her husband died; this was before she returned to Hahndorf and moved into 15 Victoria Street as a tenant in 1872.  She lived there with her three youngest children Hermann, 11, Bertha, 8 and Gustav, 2.  Eleanore dug veggy patches for 2/6d per day and also worked shearing sheep.  In about 1876 she purchased the property. However, she struggled financially and could not afford to keep her son Gustav.  In 1878 she walked him as an 8 year old to a farm (possibly in Salem) at night so he was unable to find his way home.

Bertha Nitschke married Otto Gallasch in 1885 and they both remained in the house with Eleanore.  Eventually they had 6 children, Alwine, Friedrich, Hilda, Valeska, Renatus and Severa, all living under the one roof.  They were considered unusual people, never opening the doors or windows or asking people in.
Eventually, Renatus occupied the house from 1944 as a bachelor until his death in 1965.

The house was locked up and left derelict until the present owners purchased it in 1987.

The Original Building Under Re-Construction

The house is of great interest because it was built in five distinct stages.  These stages map out the changing fashion of building styles, materials and techniques from 1845 - 1865, with a fifth stage built shortly after.  The first building is a one room timber slab hut dating back to about 1845 and is a typical Germanic construction.  It has an external timber frame with split slabs of redgum nailed vertically to the inside of the frame.  The internal wall and ceiling surface is plastered with mud and chaff.  The 45 degree pitch roof would have originally been thatched.  This type of building would have been very common but remains the one of a few still standing today and possibly the only one still inhabited. 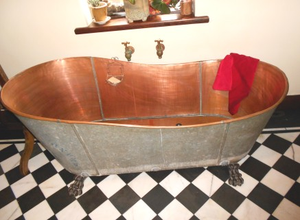 Restored Old BathThe second stage of building consisted of 2 rooms, a large bread oven, smoke house and rainwater tank all built of stone.  It is of utilitarian construction with almost no decorative elements.  The carpentry work is mostly redgum.

The third stage shows transitional elements pre-empting the complete English Victorian fashion of the fourth stage which is a parlour.  The parlour, c1865, was built to impress the visitor with its modest ostentation almost devoid of any Germanic reference to style or construction.  It is in stark contrast to the rest of the building built for domestic function of everyday life.

The fifth stage links the stone construction back to the original slab hut, forming one continuous building.  This final link is really the Australian appendix to the story of this building’s construction, a galvanised iron lean-to. 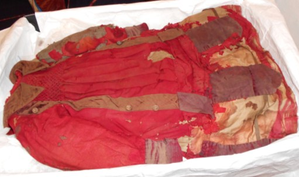 This beautiful child’s dress was found in the ceiling of
15 Victoria Street when restoration beganThe building has been meticulously conserved by the current owners and was open to the public during History Week (May 2012).

We hope to bring you more details and photographs of the wonderful restoration the Gare family have made to this really extraordinary old building.  The care they have taken to replicate the original is just amazing and they are complimented on a truly wonderful job.

To whet your appetite, here is a photograph of the restored old bath used in the house and a photograph of a child’s dress that was found in the ceiling of the home is shown opposite; note the wonderful colours and condition of the dress. 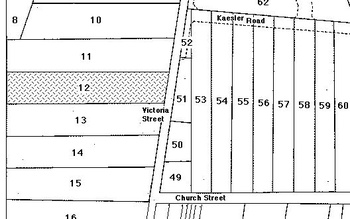