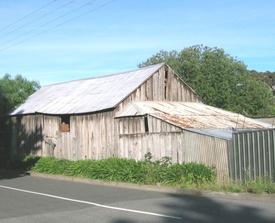 The barn, constructed c1840s by J.H.F. Schneemilch, is an example of early German barn structures, with the loft initially serving as a family dwelling.  As with similar buildings along Victoria Street, this structure dates to the earliest period of Hahndorf's settlement, and reflects the original small house/farm blocks that comprised the town.

The house is a popular colonial-German style, with a central entry/kitchen and one room off each side.

This barn was constructed in early settlement days by JHF Schneemilch.  The slab structure is an example of an early German barn, with the loft used as the family dwelling until such time as the house was built. 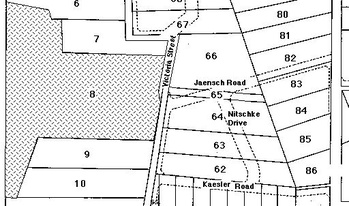