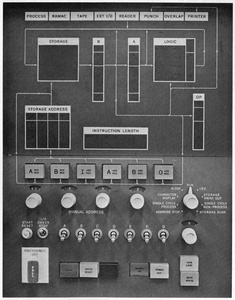 Computing in Boise began on June 30, 1957 when Remington Rand corporation demonstrated a UNIVAC computer in their office at 609 Bannock Street. At this time the world had only 1,100 computer installations. Later that year the Department of Highways installed a UNIVAC 120 from Remington Rand and put it to use on engineering problems for the department.

The attached site covers the years from 1957 through 1966.  It begins with the first operational computer at the Department of Highways and finishes with the computer at Boise College.

Many more organizations began acquiring computers after 1966.  Most notable was a UNIVAC 494 for the State of Idaho  and Boise Cascade Computing, Inc., in 1969.

Then in 1973 Hewlett-Packard established a plant in Boise and Micron was founded in 1978.

The organizations, computers and people described in this document  were the pioneers who laid the groundwork for  the computing infrastructure which allows us to carry computers around in our pockets today.