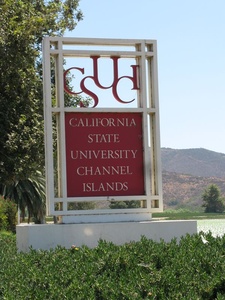 The campus is located on University Drive, off of Lewis Road. It is nestled up against the north end of the Santa Monica Mountains, about six miles from the Pacific Ocean. 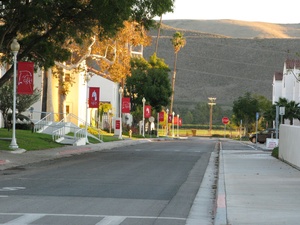 In 2010, CSUCI was named one of the "Great Colleges to Work For" by "The Chronicle of Higher Education".

The campus is rumored to be haunted by the ghosts of former patients at the now closed Camarillo State Mental Hospital. Ghost hunters tour the campus at night looking for specters. Much of the campus' history is intertwined with that of the old hospital.

Many pop and rock songs were written about the former mental hospital site.

Camarillo Regional Park has its entrance just inside the entrance to the university's campus. CSUCI Bowling Alley exists but is not used on the campus near the art complex