Tim Fall ran for reelection as a judge in June 2008. 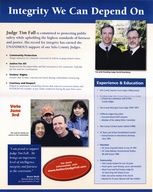 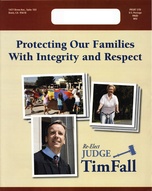 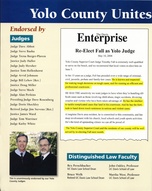 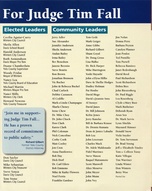 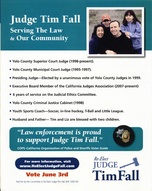 2008-05-09 14:25:06   Although I have heard that his challenger is no better, the signs in my neighborhood to re-elect Tim Fall make me feel ill. I know of two women who had terrible experiences in cases brought before him, not simply because they lost, but because of his incredibly paternalistic, conservative, and judgmental attitudes towards them. It seems that he wants to put women back in their place—as subservient to their husbands at the very least. I cringe to think of what his views must be on same-sex marriage or a woman's right to choose an abortion. He certainly does not represent liberal values, which is why I am so surprised to see the many signs around Davis in his support. —MollyLiming