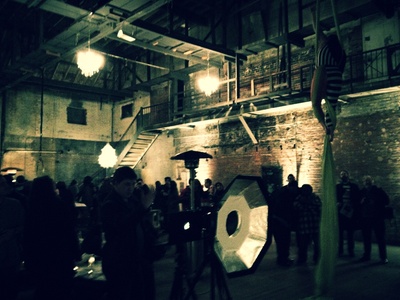 A building in New Center on East Grand that used to be a film studio (among other uses). Detroit Soup is rehabilitating it as a community space.

Had a successful crowdfunding campaign that raised $12,000 to get heat, light, and electrical improvements in the building (more donations would have added a sound system)