Fairbank is a ghost town located in the San Pedro Riparian National Conservation Area in Southeastern Arizona. It is only a short drive away from other popular towns in the area, such as Bisbee and Tombstone, and is within walking distance of the San Pedro. The town has always been small, but it used to attract a lot of attention despite its size.

The land had initially been part of an old Mexican land grant, which went by the name of the San Juan de las Boquillas y Nogales (Alexander). In 1881, a railroad stop had been built in the area, encouraging the town to begin building itself. It served as the closest railroad to Tombstone, and so was a busy railway station that dealt primarily with cattle, silver, and other ores from Tombstone's successful mines ("Fairbank AZ: Ghost Town"). It quickly established three different railroad lines that assisted not only in cattle and ores, but also miners and prospectors, as well as materials. The town switched names multiple times, starting with the name Junction City when it had first started as a stagecoach stop. From there, it changed to Kendall. Finally, on May 16, 1883, the town's name changed for the last time to Fairbank, in reference to the Chicago investor, Nathaniel K. Fairbank,  who helped to finance the railroad (Alexander).

With the town getting the attention and work from the Tombstone mines, it began to grow. The growing town began to attract more residents, and with more residents, it attracted more businesses. At its prime, the town had about 100 residents, and many different types of stores, including a Wells Fargo office, saloons, general stores, a jail, a mill, a hotel, and a schoolhouse ("Fairbank AZ: Ghost Town"). The schoolhouse has able to be used by up to 45 students at a time, and usually had 1-2 teachers teaching grades 1-8 (Fairbank Historic Townsite). However, being in the Wild West, the town had its fair share of trouble. In September of 890, the San Pedro flooded and caused a lot of property damage, but the town proved its resiliency and rebuilt the damaged property (Alexander). As a small town in the Wild West, and especially as a town with heavy railroad travel consisting of materials and minerals, they had their fair share of bandits, outlaws, and thieves. 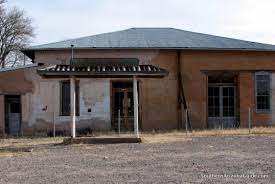 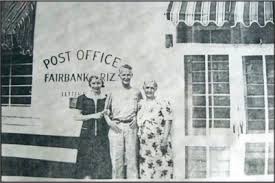 Over time, Fairbank started to follow the same path as many of the other small towns in the area. The mines were bringing up smaller amounts of ore as the mines were becoming used up. As a result of the closures of the mines, the railroads and stops were no longer necessary, and the town began to die.

The Boquillas Land and Cattle Company

The Boquillas Land and Cattle Company returned to the town in 1901. The company included heirs of the land when it had originally been a land grant (Alexander). Upon their return to the area, they exercised their legal right to take the land back (Alexander). Though they evicted many of the residents, mostly individuals they considered threats in the form of potential landowners and homesteaders, they did allow a few of the residents to stay and continued to lease the town's mercantile building. A new schoolhouse was built in 1920 after the original wooden schoolhouse had burnt down. Despite many of the town's challenges, Fairbank continued to be a common social area for social activities and even held classes in their new schoolhouse into the 1940s. The town was nearing the end of its life in the 1970s, when residents began to leave and the post office closed down. The General Store stood strong for a couple more years before also being forced to close its doors (Alexander). The town had become a ghost town. 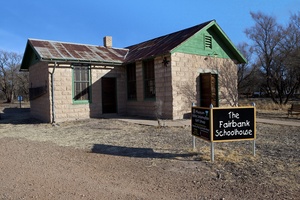 Around 1986, the Bureau of Land Management bought the land and it became part of the San Pedro Riparian National Conservation Area. The remaining buildings, most notably including the schoolhouse, were preserved and restored, with the exclusion of the Montezuma Hotel. The Hotel was torn down when Highway 82 was built, leaving only parts of the Hotel's foundation ("Fairbank Historic Townsite"). 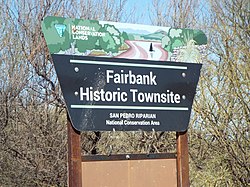 Today, Fairbank is open to the public to explore and discover the area and its history. The central town area is easily accessible and consists of the buildings that have been preserved and stabilized. The schoolhouse has been restored and is now a museum and a visitor center open to guests. The schoolhouse is the only building guests may enter and explore. The rest of the buildings in the area are a stable, a couple of homes, and a couple out outhouses. The final building still present after being preserved and stabilized is the large commercial building, the mercantile building, which over time housed various stores, saloons, restaurants, the post office, a gas station, and even a jail (Fairbank Historic Townsite) . If guests like, there are hiking trails that lead to other points of interest. There is a short trail to the banks of the San Pedro on one side of the town. If guests would like to learn more about the history of the town, there is a 1/2 mile hiking trail that leads to the town's old cemetery. Also in the area, further down the hiking trail for about another mile, the remains of the Grand Central Mill are also available for guests to see. 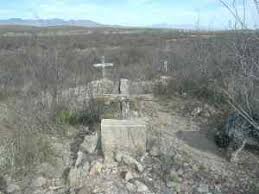 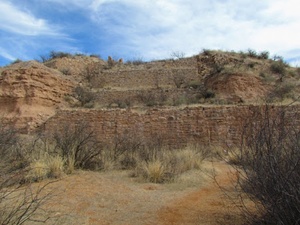 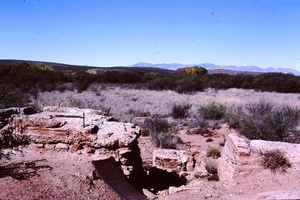 The town allows free access and has the open town area, as well as the various hiking trails and picnic tables for guests. To preserve the town and the history that it has left behind, it is illegal to take historical artifacts, anything over 5o years of age, from the town and any of the hiking trails ("Fairbank Historic Townsite").

During the trying times of COVID-19, the schoolhouse is closed to visitors, though the town and the hiking trails may still be explored.