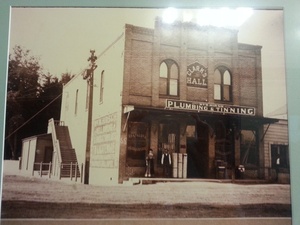 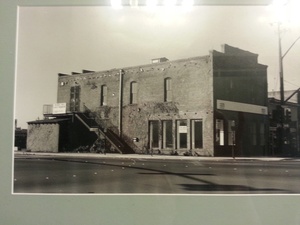 Clark's Hall is an historic building in Fremont situated at the "Five Corners," a convergence of Fremont Blvd, Washington Blvd, Bay Street and Union Street.

Built in 1876 by Alson S. and George H. Clark who owned this parcel of land and ran a hardware store on the first floor. The second floor of the building had a dance floor and stage used by traveling theatrical groups of the time.

From 1889 to the present day, the building has been home to various businesses including a general store, a hardware and plumbing business, a lighting store, and a post office.

Redevelopment threatened Clark's Hall in 1979 and it was almost destroyed to make way for a wider intersection. Many buildings in the area did not survive, but the Irvington Redevelopment Project saved this historical building.

Along with the Irvington Redevelopment Project, The MIssion Peak Heritage Foundation was instrumental in saving Clark's Hall from certain destruction. Studies were done to determine the structural soundness of the building and cost of restoration.

In 1980, the building was purchased by Joe Betchart and restoration work was begun. Prominent Fremont families have owned Clark's Hall including the Hirsch family and the Rose family.

Clark's Hall is the oldest documented commercial building in Fremont.

The upper floor was used for town hall meetings.

If only the upstairs stage walls could talk! They are littered with the autographs and advertisements of traveling thespians.

In 1979 the "Five Corner's" intersection was re-designed around Clark's Hall.

Clark's Hall has seen many a traveler because this intersection was the main thoroughfare between the 2 main north-south highways in the East Bay during World War I.

Beautiful green ivy used to cover the front and sides of this brick building in the early 1990s. 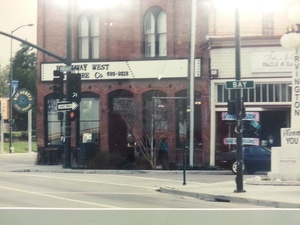 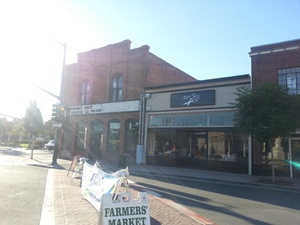