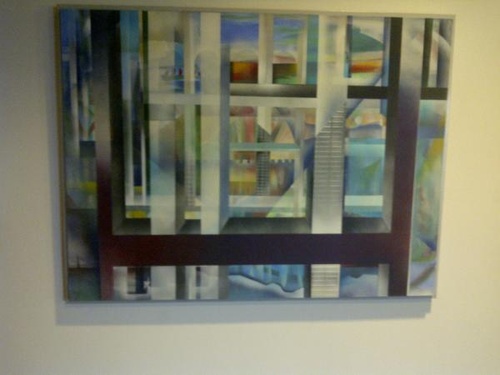 Medium: Acrylic and lacquer on canvas

Today the synthetic environment rivals nature as a driving force in our lives. In

architecture, while the arches and battlements of past eras, seen in the middle

ground, are in better harmony with the glimpses of the natural world seen in the

background. We seem to have lost that balance. Progress is a cautionary piece

indicating a need to keep our organic origins in sight...otherwise we could