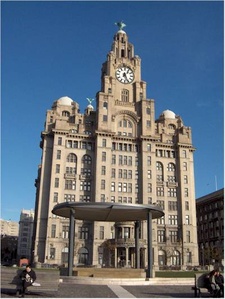 One of the first reinforced concrete structures in the world, and the most significant structure in Britain at the time, it was built to house the Royal Liver Group, an organisation that provided assistance to locals who had lost a wage-earning relative.

Inspiration to the world - The Customs House, The Bund, Shanghai

The Customs House, The Bund, Shanghai

The Customs House (Chinese: 江海关) is an eight storey building on the Bund, Shanghai. Built in 1927, the building remains a customs house today. Together with the neighbouring HSBC Building, the Customs House is seen as one of the symbols of the Bund and Shanghai. 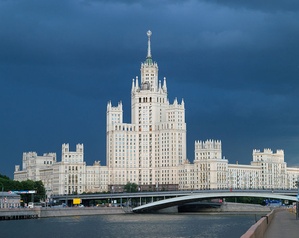 Kotelnicheskaya Embankment (Russian: Котельническая Набережная) is a street on the northern bank of Moskva River in central Tagansky District of Moscow, Russia. It spans from the mouth of Yauza River (west) to the point one block west from Bolshoy Krashokholmsky Bridge (east), where it changes name to Goncharnaya Embankment.