Harriet Speckart (1883-1927) was one of the assistants to Dr. Marie Equi, a well known physician in the East and Western states. Harriet went with Marie everywhere and endured many difficulties over the years while she was Equi’s medical assistant such as violent riots, loss of her boss and partner, and anxiety over her rightful inheritance. [1]

Harriet Speckart, born on the 22nd of February in 1883, [5] was an heiress to the family fortune which came from investments in breweries and local real estates. Harriet’s only family members consisted of her brother Joseph, mother Henrietta, and father Adolph.[1][3]

Very little happens to be known in regards to Speckarts early and childhood life and experiences but as she got older, she traveled around with her mother, attending various private schools to ensure a good education. When Adolph died in 1893 in Butte, Montana, an estate of $250,000 was left to his wife and two children. Harriet and Joseph would receive their inheritance when they had come of age (18) which for Harriet was in 1901 and Joseph in 1905. [1]

In November of 1905, Harriet Speckart stayed at The Hill, a high-class residential hotel on Portland, with her brother and mother. There she met Dr. Marie Equi and a few other women whom she had later become friends with. Equi, however, was more than a friend but more of a lover and life-partner. Equi and Speckarts relationship continued to blossom until Mrs. Speckart had noticed her daughters reaction every time Equi would enter the room. Mrs. Speckart became so upset about her daughters affections, she gathered up her family and moved to San Diego in mid-December of that same year. During that time, Mrs. Speckart told people how she hoped her daughter would come to her senses once separated from the manipulative Dr. Marie Equi. [1]

While in California, Harriet missed Marie terribly and so would write her letters every day and occasionally slipping little flowers in the envelopes. Harriet also wrote to her aunt who she closely confided in. She told her aunt of the love she had for this woman and how when someone is in love, you must be patient with them. [1]

Harriet and Marie had devised a plan to meet up in Portland, Oregon after a time of not seeing one another. Harriet’s excuse was she needed healing air for her Tuberculosis and her “Doc” said that Portland air was the way to go. Harriet's mother had decided it would be best to accompany her daughter to make sure her travels were nothing but satisfactory and safe. Finally Marie and Harriet were reunited despite the alone time and peace they were not able to find. [1]

As time went on and the relationship between Marie and Harriet grew, Mrs. Speckart sought out to become in full control of her daughter and her finances in fear that she might waste and squander her inheritance. Her mother had decided that because of her daughter’s love for another woman, it had alienated her affections so much she no longer cared for anything family related. In the end, Mrs. Speckart had denied her own daughter her rightful inheritance despite the fact she was of legal age to finally receive it. [1]

In the newspaper, The Oregonian, a section specifically highlighted an incident in which Joseph had grabbed a pack of letters that were exchanged between the two women. In fear of being publicly outed, Harriet called Marie to come take care of the situation. Marie shook Joseph by the throat, threatened his life and threw Harriet’s mother in a chair when she attempted to intervene. [1]

As papers continued to follow this family’s scandal, Marie stated to a reporter, “Yes, I read all that stuff in the papers, but didn’t pay any attention to it. It is nonsense. The charges are so ridiculous I don’t care to discuss them seriously.” After the cops had arrived, they found no incriminating evidence in the letters, however, strong endearments and intimacies were used causing people to make assumptions that were later in the future proven to be correct. [1]

When Marie Equi was confronted about the letters between the two, the time spent together alone, and other things, Marie said, “We are just friends, bosom companions.” [1]

Harriet and Marie had made a life together and in 1907, they decided to stay at the Nortiana in Portland for three years. There they realized everyone gossiped about them and their lifestyle decisions but they ignored and kept living their lives in love and in happiness. Before July in 1907, Harriet’s attorney had helped her petition for her mother to relinquish the rights of her inheritance and to remove her uncle, Leopold Schmidt, from being the administrator of the estate, who had wanted to give her only half of her rightful sum. [1]

In 1908, Harriet had finally won the war against her mother. She was granted her inheritance after years of denial. Harriet was now a wealthy woman who had begun to spread her holdings with a purchase in 1910 of a property in Southwest Portland for $4,750. [1] [3]

Because of Speckart’s case, she became an advocate for women everywhere demanding that she be respected as an independent woman plaintiff. At the time, only 558 women practiced law. Speckart advanced women's rights by standing her ground and forcing courts to recognize her as an equal. [1]

Over time, Marie began to get into trouble with law due to her illegal doctoral practices and lack of filtering her sentences. Harriet became scared and very protective over her lover and began to question their future together. Her uneasiness became apparent when she married James F. Morgan, a mining engineer on March 18, 1915. Speckart’s marriage lasted 11 days. Harriet went out and sought a divorce on the grounds of verbal abuse, threatened her with battery and a “chronic and incurable sexual disease”. [1] [3]

Speckart went back to Equi and mentioned wanting a child to love and care for. Marie went out and found a baby born by the name of Mary Everest on March 15, 1915 put up for adoption by her two parents the same day she was born. Six weeks later, the adoption process was completed and her name was Mary Equi. Harriet and Marie had agreed that Harriet would be the motherly figure, doing all hands-on and nurturing things while Marie was the fatherly figure, working and bringing home the money. [1] [3]

While that lifestyle had worked out well for a while, Marie had met a woman by the name of Kathleen O’Brennan, often called Kitty. Marie had fallen in love with Kitty and after 13 years of living with Harriet and raising a child, they had parted ways. With her daughter, Speckart moved to the Oregon coast and settled down in Seaside. Marie remained in contact with the two but never lived with either of them ever again. [1] [4]

On Tuesday morning, December 31, 1918, Marie was scheduled to go to court for once again speaking out for what she believed to be true. Accompanying her was he previous partner, Harriet Speckart and her daughter Mary. She was sent to jail and her bail was set at $10,000. As she walked out of the courtroom, she confronted federal agent Bryon to his face. His disgust for Marie was quite visible when he began to assault her after she called him a ‘dirty dog’ on several accounts. Bryon grabbed her throat, struck her in the side and shoved her to the ground. When Harriet tried to stop the dispute, Bryon had also shoved her to the ground. Their daughter then ran forward yelling to leave her ‘Da’ alone. After the assault, both women held their daughter close while furious and shaken. Later, newspapers showed people demanding Bryon’s removal from the bureau. [1]

While in jail, Marie recieved many letters from Harriet although they had been through so much over the past few years. Harriet thrived as a mother to Mary and many of Harriet’s friends had said the same thing. The Speckart legal battle still stood in Harriet’s mind and caused great anxiety regarding money and her greedy brother. Marie wrote her back saying, “...as long as I make a living, you will have part of it”. Staying true to her word, Marie would send Harriet a small sum of money every now and then to take care of their loved child. [1] [3]

As Mary grew, she decided she wanted to fly. After completing the flight test, she was touted the youngest girl flyer in the Pacific Northwest by The Oregonian. [1]

Harriet Speckart died in Seaside, May 26, 1927 at age 44. Her former partner, Dr. Marie Equi was the informant listed on the death certificate. Years later, Marie Equi died on July 13, 1952 due to renal disease at 80 years old. The two are buried near each other at Wilhelm’s Portland Memorial Mausoleum. [5] [1] 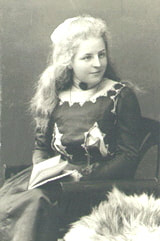