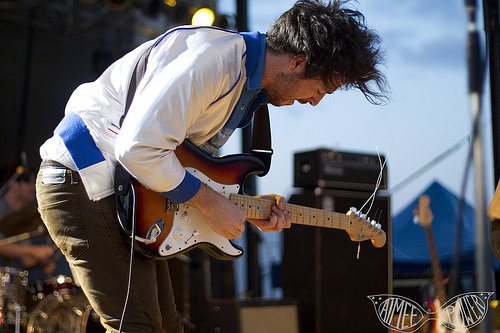 Paper Lions is a Canadian pop rock band hailing from the unlikely small community of Belfast, Prince Edward Island. Brothers John and Rob MacPhee and neighbour Colin Buchanan began playing music together at a very young age in a variety of garage bands, but the line up was never solidified until they met David MacDonald in high school. MacDonald behind the kit, Buchanan playing guitar and Rob and John filling the positions of bass and lead vocals respectively.