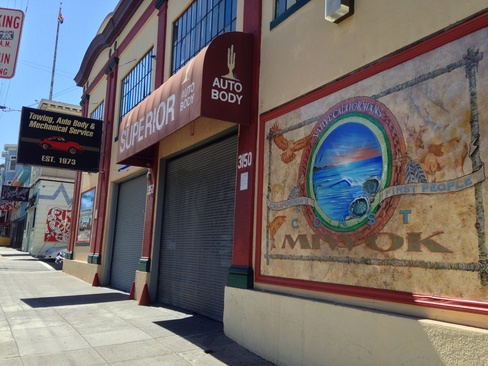 The parcel, formerly Superior Auto Body shop, had not been in business for a couple of months at the point of sale in 2014. Photo June 18th, 2014.

3140 through 3150 16th Street is home to a future building development in the Mission.  It was formerly the home of the Superior Auto Body shop, and was sold for an incredible $8.7 million in April of 2014 by the Urban Group Real Estate.  The Auto Body shop was owned by Jesse Henry and was in business for 32 years at the point of sale.

Jesse Henry began renting the space in 1994, and purchased it in 2004 for $2.5 million.  Henry grew up in the projects in Hunters Point and opened Superior Automotive after serving in the Air Force as a mechanic.